I still don't know what to say about the new Deus Ex: the possibility of acting out a sentient and walking implant inventory is certainly a treat. The outdoor scenes look amazing. When it comes to the small details is the moment when Deus Ex crumbles back to the previous decade with all its surfaces, textures and animations. I certainly do understand how games are made, I worked in the game industry as well - it's just.. cyberpunk - whatever it is now or whatever it becomes - needs to be more grittier, detail-filled and alive to make an impact. This is too sterile. Anyway - take a look at this, as kindly recommended by Riplakoidase, from the vast fields of Kotaku.

goblin war machine, dedicated to all the ibs students

This goes out to all students in my class, because your Practical Cultural Studies exam starts right about now and you all feel like an angry goblin war machine just waiting to be unleashed to the fields of ROCK. Good luck and godspeed! On the other hand, this is a great game, "you are in control of a giant instrument of destruction, out to wreck havoc on every village and establishment that it passes through on the route to conquering the entire kingdom", wonderfully reconstructing the whole [city virus] meme Morrison talks about. But anyways. Madmaxize yourselves up. (via indiegames) 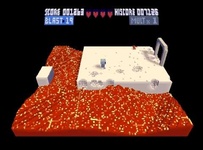 Voxatron is an arena shooter made out of voxels. It's coming later this year for PC, Mac and perhaps other platforms. There's a built-in sound and music synthesizer. You can pick up wall pieces, allowing you to construct barriers and hide from scary monsters. (via indiegames) 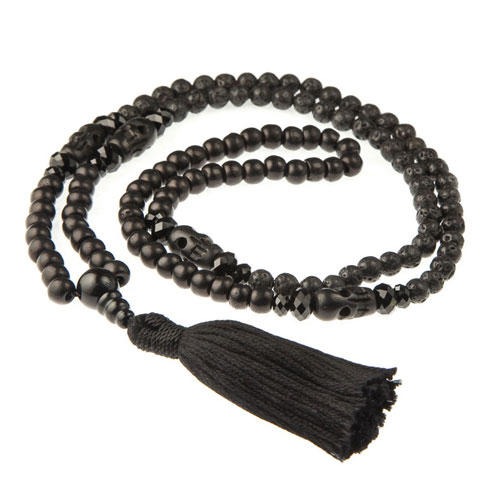 Definitely on my wishlist. (via 109jewellery.co.uk)

the polynomial - space of the music trailer The Polynomial is an abstract themed musical space shooter (but it also got non-shooter mode). The content is generated mathematically and animates to your music or microphone input; there are 4 animators and 37 arenas to choose from (12 arenas in free demo). It also includes built-in fractal editor that you can use to create artwork, which can be rendered at any image size (up to 8192x8192). There is a lot of parameters that you can customize. (via dmytry.com)

Earth is burning. Striking from beyond known space, a race of terrifying machines have begun their destruction of the human race. As Commander Shepard, an Alliance Marine, your only hope for saving mankind is to rally the civilizations of the galaxy and launch one final mission to take back the Earth. (via joystiq)

Release window? As it appears in the trailer, Holiday 2011. Oh really? Whenever Bioware releases ME3, it's going to become a holiday. Joystiq breaks news in another post that ME3 will include multiplayer. kick it: drop that beat like an ugly baby

It's a sort-of sequel to Aaaaa, except this time you're falling through sky cities rendered via your music collection. As you import tracks in, shapes and formations are created depending on the music. Right now it's fairly simple, as the game is still in alpha, but the guys are hoping to make it seriously clever - so for example, if your song mentions dragons, the final game will hopefully throw dragons at you. (via indiegames.com)

Note this isn't an official concept piece or anything; Benson is simply an animator who likes to keep a very public sketchbook, so if you've begun penning angry letters to Valve, you can stop and take a deep breath. (via kotaku)

Tron: Evolution is an upcoming action-adventure tie-in video game currently in development by Propaganda Games, to be published by Disney Interactive. It was officially announced at the Spike Video Game Awards and will be released for the Microsoft Windows, PlayStation 3, PlayStation Portable, Xbox 360, Wii and Nintendo DS platforms on 7 December 2010.
Olivia Wilde will be reprising her role as "Quorra" from the upcoming film, Tron: Legacy. (via wikipedia) So rickrolling is not funny anymore? Here's a new, slightly eerie Crysis version, as reported by Kotaku, recommended to all the 'channers. When I found the link early in the morning, the idea of me posting it here looked magnificent. I do not take the effort to doubt myself now. No no. No way in hell.

Kromaia is an intriguing experimental action game, in which players must discover the rules of the provided universe. In this world, traditional interface elements - such as text - no longer exist, and players must use spatial awareness and quick reflexes to survive. The information on the Kromaia site is rather confusing, but it appears that while you are not playing the game, the universe continues to evolve, meaning next time you play, it may be completely different. (kromaia the game via indiegames) Aeon Flux Episodes (...) is a shoot-em-up with a bit of parkour action thrown in. (...) If you've ever play games like Flashback or Abe's Odyssey then you may already have a feel for it. Every animation in the game plays at 24 frames per second. No exceptions. (...) It also features the ability to shoot left and/or right independently. This means you can shoot the enemies behind you as you walk forward, or better yet you can shoot the enemies in front and behind simultaneously. (via indiedb.com) Journey is a multiplayer online adventure for the PlayStation 3 that aims to explore the emotional palette that its peers don't, said thatgamecompany game designer Jenova Chen. (...) It was further inspired by the works of Joseph Campbell and a lunch with astronaut Charles F. Bolden, Jr. Bolden, says Chen, relayed stories to the game designer about the spiritual awakenings of some of his Space Shuttle colleagues—previously "hardcore atheists"—after having spent some time on the moon, seeing Earth from such a great distance. (...) Journey, Chen says, is as much a virtual hike as it is a story-driven adventure. It's a story told without language, through symbols and secrets and glyphs. Those symbols can be seen on stone pillars and banners scattered throughout the world, and some will be delivered by other entities. (via kotaku and wired) portal 2: glados is back... for science

E3 brings us surprises on many levels, such as the announcement for Portal 2 with the trailer above. Interested in more technical details and tidbits? Check out the GameInformer hub and funnily enough, Wikipedia.

Planck is an upcoming music-based experiment which looks to play out in a similar fashion to Audiosurf, but with different core elements. Enemies litter your path, and destroying enough of them unlocks a new instrument for the current song. The game doesn't use your own music - rather, it pieces together a specifically-created soundtrack in a Auditorium-esque manner. (shadegrowngames.com, via indiegames)

Olu is a rhythm-based rail shooter, using two weapons for the two types enemies: analog and digital. Just as a hacker straddles the boundary between the network and the real world, you must straddle between the two vectors to find a sentient program in the system. Olu will be available March 3rd, 2010 on the Xbox LIVE Indie Games service. More info at danielfrandsen.com. Read XBLIGR's 4-star review on OLU here. N.U.D.E.@'s been the sleeping hit for 2003 and apart from Gamespot, a few minor sites (such as The Armchair Empire) and a FAQ compiled by a few dedicated players, nobody remembers it anymore, the game sinking with the original XBOX platform, us in despair. But still, if you had your own Japanese-speaking gal who would gladly operate your laptop and sing sad birthday songs to you, would you care?

Lovers of the post-apocalypse, save up your precious new yen. Both iD's new mutant basher FPS Rage and the new Diabloesque first person role-playing shooter Borderlands are out with new trailers. Borderlands debuts Oct 20th in the US, 23rd everywhere else - as for Rage, there's no rock solid dates, still. The lady to the left, she's familiar? Thought so. Reactor online, sensors online, weapons online, all systems nominal. Yes. That's how you and me and half the mech loving community started each mission in MechWarrior 2. Fourteen years passed and Carole Ruggier (apparently she's the voice talent behind the mech pilot voiceovers) could still make a small fortune from mech ringtones. Hopes up? Not quite.
Piranha Games announced a new mech game in the series (simply naming it MechWarrior, announced for PC and Xbox 360) and you know what the video and article comments miss the most? That's right, it's "the girl with the voiceovers". Arduous mech fights, battle units constructed with painful care, wonders of cockpit claustrophobia (with the occasional wireframe rendering). The footage below, that's in-game. The voiceovers? You will change it, will you not. (via ign)

One of the key features is a sense of information warfare, using everything from unmanned drones surveying the battlefield from above to light scout mechs relaying information to teammates. (...) The designers want to reward you for picking a mech and sticking with it -- you will gain experience and become better at piloting your chosen mech, and that will translate into better accuracy and damage with weapon systems. (...) While the developers didn't go into how many mechs will make the game, based on the video trailer and the discussions, we know of at least four. There's the Jenner (light class), both the Warhammer and the Rifleman(heavy class), and an Atlas Prime, a feared assault-class mech.

UPDATE 1: Not completely sure about the exact person of the voiceover girl being Ms. Ruggier. Anyone with better intel?

Neo Tokyo, ネオ東京, short-cropped hair, burgundy lipstick, matching fingernails, automatic handgun, clichés of the futuristic Japanese urban environment. This time, it's an FPS MOD released by NT° for the Half-Life 2 Source engine. By the trailer, a might fine job, clearly inspired by Akira and the Ghost in the Shell universe, as the creators actually state it. Instead of Capture the Flag, NT° opted for Capture the Ghost and it's very thoroughly detailed for us noobs (discard this if you're hardcore) on this page with all the treats from thermoptic camouflage to tachikomas. (neotokyohq.com) NEOTOKYO takes place about 30-40 years from now in a Japan that has drifted into social/political strife due to the inevitable stresses that come from changing times. The Japanese government is grappling with intensified external (Asia geopolitics) and internal (economic/social) problems, and there is mounting pressure from within Japan to return to the days when it exerted influence through military power and strength. A failed legislative push to alter the Japanese Constitution (allowing the Japanese military to engage in offensive actions outside of the country) leads to an attempted military coup by members of Japan's armed forces (GSDF). The coup fails, but was very close to succeeding. In an effort to suppress further coup attempts, Japan's Prime Minister forms a branch inside the Interior Ministry's National Security Forces (NSF) called GROUP SIX. They answer directly to the Prime Minister and are sworn to protect the Japanese Constitution at all costs. They immediately begin to hear rumours of a rogue element of the GSDF Special Forces (JINRAI) maneuvering for a second coup attempt. These JINRAI are Special Operations Group 43 (SOG43), fierce nationalist loyal to their love of country, and a desire to put Japan back into a position of strength and power.

This begins the war in the shadows between the NSF and JINRAI.