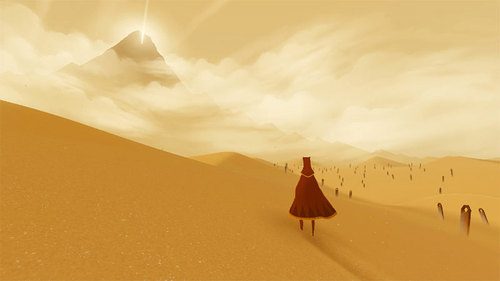 Journey is a multiplayer online adventure for the PlayStation 3 that aims to explore the emotional palette that its peers don’t, said thatgamecompany game designer Jenova Chen. (…) It was further inspired by the works of Joseph Campbell and a lunch with astronaut Charles F. Bolden, Jr. Bolden, says Chen, relayed stories to the game designer about the spiritual awakenings of some of his Space Shuttle colleagues—previously “hardcore atheists”—after having spent some time on the moon, seeing Earth from such a great distance. (…) Journey, Chen says, is as much a virtual hike as it is a story-driven adventure. It’s a story told without language, through symbols and secrets and glyphs. Those symbols can be seen on stone pillars and banners scattered throughout the world, and some will be delivered by other entities. (via kotaku and wired) 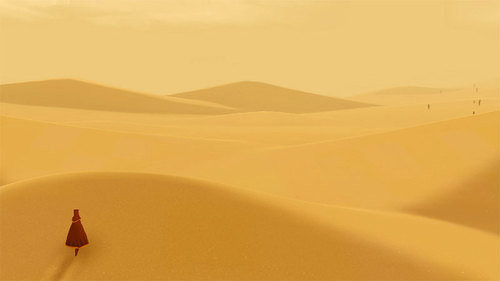