Tron: Evolution is an upcoming action-adventure tie-in video game currently in development by Propaganda Games, to be published by Disney Interactive. It was officially announced at the Spike Video Game Awards and will be released for the Microsoft Windows, PlayStation 3, PlayStation Portable, Xbox 360, Wii and Nintendo DS platforms on 7 December 2010.
Olivia Wilde will be reprising her role as “Quorra” from the upcoming film, Tron: Legacy. (via wikipedia) 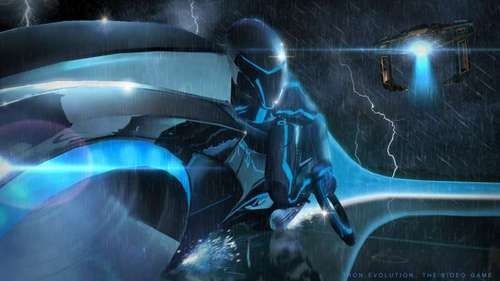