Neo Tokyo, ネオ東京, short-cropped hair, burgundy lipstick, matching fingernails, automatic handgun, clichés of the futuristic Japanese urban environment. This time, it’s an FPS MOD released by NT° for the Half-Life 2 Source engine. By the trailer, a might fine job, clearly inspired by Akira and the Ghost in the Shell universe, as the creators actually state it. Instead of Capture the Flag, NT° opted for Capture the Ghost and it’s very thoroughly detailed for us noobs (discard this if you’re hardcore) on this page with all the treats from thermoptic camouflage to tachikomas. (neotokyohq.com) 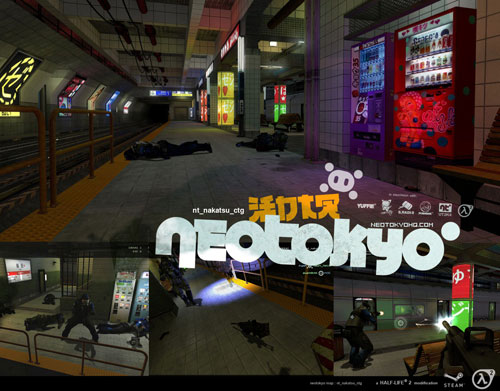 NEOTOKYO takes place about 30-40 years from now in a Japan that has drifted into social/political strife due to the inevitable stresses that come from changing times. The Japanese government is grappling with intensified external (Asia geopolitics) and internal (economic/social) problems, and there is mounting pressure from within Japan to return to the days when it exerted influence through military power and strength. A failed legislative push to alter the Japanese Constitution (allowing the Japanese military to engage in offensive actions outside of the country) leads to an attempted military coup by members of Japan’s armed forces (GSDF). The coup fails, but was very close to succeeding. In an effort to suppress further coup attempts, Japan’s Prime Minister forms a branch inside the Interior Ministry’s National Security Forces (NSF) called GROUP SIX. They answer directly to the Prime Minister and are sworn to protect the Japanese Constitution at all costs. They immediately begin to hear rumours of a rogue element of the GSDF Special Forces (JINRAI) maneuvering for a second coup attempt. These JINRAI are Special Operations Group 43 (SOG43), fierce nationalist loyal to their love of country, and a desire to put Japan back into a position of strength and power.

This begins the war in the shadows between the NSF and JINRAI. 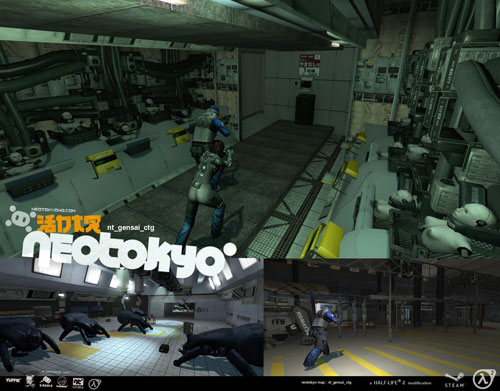