44 abstract, futuristic & cyberpunk Android games that have the Edge 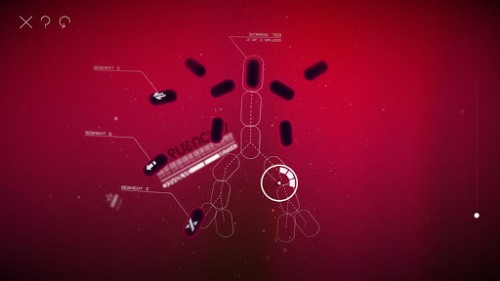 Hey hey neon walkers and glitch babes - haven't you seen a summary of all the cyberpunk-related games on Android? Good, because I haven't, either. Time to change that, then - from virus splicing to implant surgeries, bank hackings to lightcycle grid races, here's a list of 44 abstract, futuristic & cyberpunk Android games that have the Edge. Mostly casual. Mostly.
END_OF_DOCUMENT_TOKEN_TO_BE_REPLACED 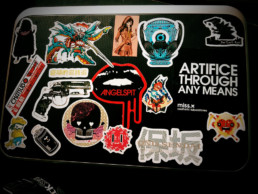 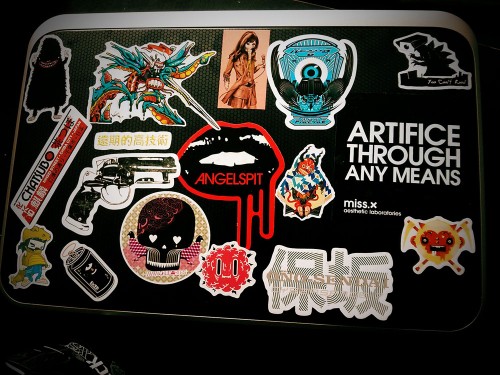 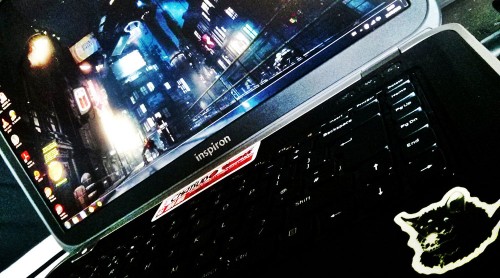 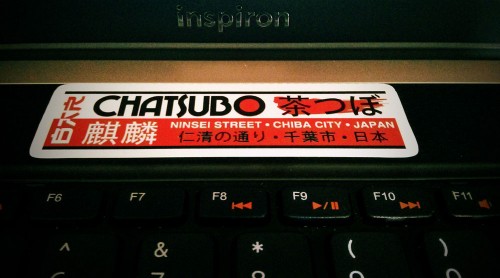 I usually make a lot of friends furious when I deface my laptops with stickers. The last one I wrote Damage Report on was covered with Angelspit, Psylo, Ant-Zen and a home-made Barbelith one with a fairly vibrant Enochian Aemeth sigil that's attributed to Queen Elizabeth's court magician John Dee - my new one was dressed by Angelspit, Amelia Arsenic's Miss X Laboratories, Stickerbomb Monsters (bought at Magma Books) and stuff I found by spending half an hour with Redbubble's cyberpunk sticker inventory.

Do you have stickers that I need, might need or should need? Get in touch.

Undefined is a truly somber work. If extreme drone and minimalism are your thing, then you’re in for a treat. Oscillating in the mid-range frequencies, the tones remind me of a Tibetan singing bowls or reverberating crystal wine glasses. At times a higher pitch will enter the stereo-field, cycling between the channels, simulating a self-inflicted tinnitus via its sonic hallucination. (read Headphone Commute's amazing review / recommendation piece here & buy Undefined here) 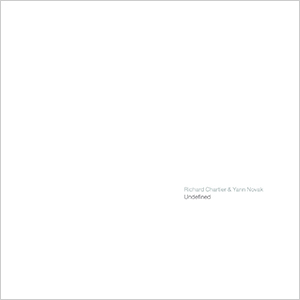 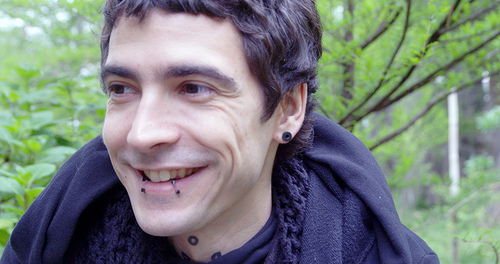 "I wrote a story for Hiversaires, but about halfway through development I decided not to show it. In my early testing I realized that people were trying to figure it out and making up their own stories. For me that was much more enticing and interesting than just spelling everything out. When I realized that there would not be an explicit story, that aspect turned out to work really well." (Aliceffekt about his game Hiversaires on indiegames, photo by Jeriaska)

Max Keiser of Russia Today drops by to explain the genesis and implications of the digital currency Bitcoin, why The Federal Reserve and the banking system should apologise to the people for manipulating interest rates, how Warren Buffett is complicit in the Mexican drug trade by purchasing Wells Fargo, and Max's crazy times in the 1980s as a New York City stockbroker by day and punk-rock party animal by night. (via londonreal.tv) 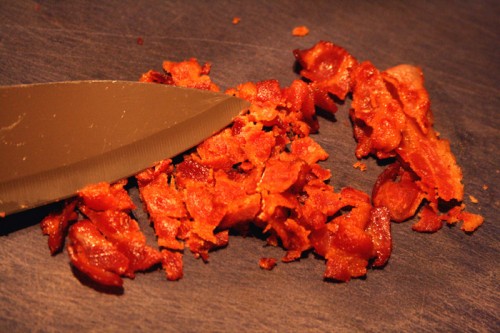 Bacon udon from Skankynavia via Zeta, the flatmate of ROCK.

Features on these issues provide subjects for discussion and enhance the conversation on Talking Germany. This time we're looking at how the Pirate Party's recent ballot box successes have added to the challenges of finding common positions and translating them into a comprehensive political program. We'll also discuss the Pirates' opposition to the planned global anti-copyright violation pact, ACTA. And we'll ask her about the role-playing games she enjoys in her free time. (more info on dw.de, coming via comwedge of machetegirl)

EUROPA REPORT follows a contemporary mission to Jupiter’s moon Europa to investigate the possible existence of alien life within our solar system. When unmanned probes suggest that a hidden ocean could exist underneath Europa’s icy surface and may contain single-celled life, Europa Ventures, a privately funded space exploration company, sends six of the best astronauts from around the world to confirm the data and explore the revolutionary discoveries that may lie in the Europan ocean. After a near-catastrophic technical failure that leads to loss of communication with Earth and the tragic death of a crewmember, the surviving astronauts must overcome the psychological and physical toll of deep space travel, and survive a discovery on Europa more profound than they had ever imagined. 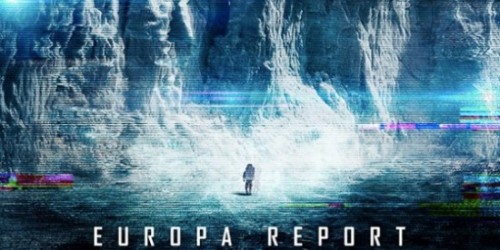 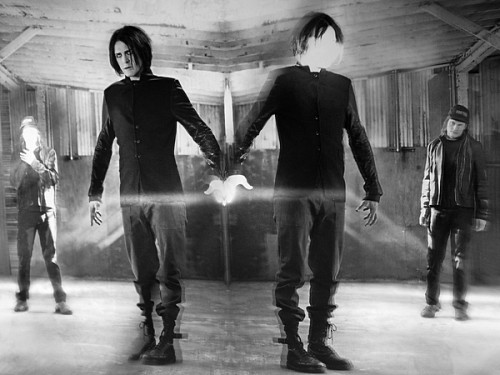 Interested in the new Skinny Puppy album? After launching paragUn and saLvo, here's the streaming version by courtesy of Metropolis Records and Revolvermag.

140: a minimalistic platformer based on synaesthesia

The trailer for Independent Games Festival nominee, upcoming rhythm platformer '140' by Jeppe Carlsen has just been released. 140 is a challenging minimalistic platformer with abstract colorful graphics. Rhythmic awareness is required to overcome obstacles controlled by an energetic, yet melancholic electronic soundtrack by Jakob Schmid. The game is nominated for Excellence in Audio in IGF 2013, as well as getting honorable mention in Technical Excellence. (press release from joystiq) 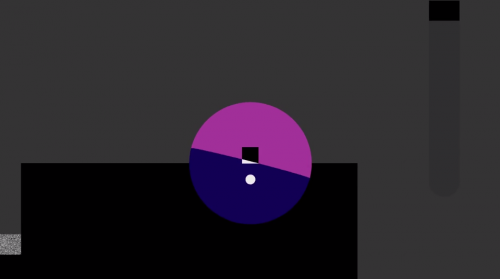 Riddick has been left for dead on a sun-scorched planet that appears to be lifeless. Soon, however, he finds himself fighting for survival against alien predators more lethal than any human he’s encountered. The only way off is for Riddick to activate an emergency beacon and alert mercenaries who rapidly descend to the planet in search of their bounty. The first ship to arrive carries a new breed of merc, more lethal and violent, while the second is captained by a man whose pursuit of Riddick is more personal. With time running out and a storm on the horizon that no one could survive, his hunters won’t leave the planet without Riddick’s head as their trophy. 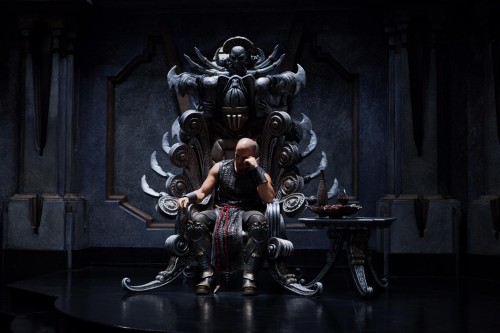 Post-BSG Katee Sackhoff, a solid dose of Pitch Black and random monsters with nothing but claws? Sure. The Riddick franchise finally gets an overhaul by David Twohy and it's finally not in the unlucky vein of urban retro-desertpunk-futurist Chronicles of Riddick. Join me in a London IMAX in September. (thx Riplakoidase!)

Warren Ellis `Science Gangster` T-Shirt: get one while you can!

Barely controlled and rarely safe, science has sent us to collect her protection money. Enjoy making your friends run screaming from your radioactive perforation mechanism!

Image is about nine inches wide and professionally silk screened in light blue glow-in-the-dark ink on 100% cotton black shirts. Brought to you by Warren with design by Ariana.

This came in via Warren's newsletter and if you need help with tee brand and how they fit - here's a helpful article on Customink.com about Hanes, American Apparel and Gildan, I went for American Apparel just because it's a tad less heavyweight. (Get the Science Ganster teeshirt from Diesel Sweeties!) 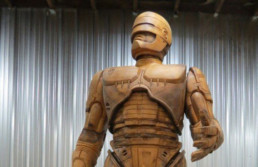 This is how Detroit's Robocop statue will look like 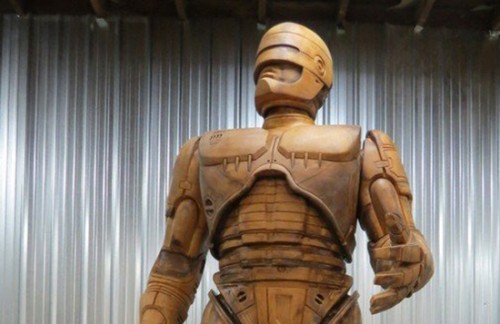 The RoboCop statue has been in the works for a couple of years now, having raised money on Kickstarter after the mayor originally shot down the idea. (Understandably, since the city has more important things to spend its budget on right now.) The photo below isn’t of the completed statue — the 10-foot figure still needs to be cast in bronze — but it’s “basically how the final product will look,” according to MLive (via Badass Digest).

If you're interested in what's happening to the Robocop franchise now apart from the Kickstarter-founded Robocop statue, head over to Slashfilm - extra words of wisdom there about a Frank Miller graphic novel and Jose Padilha's remake! (via Slashfilm) 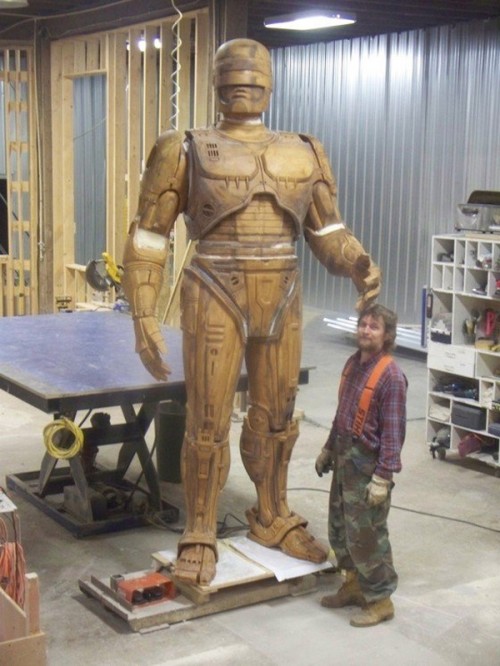 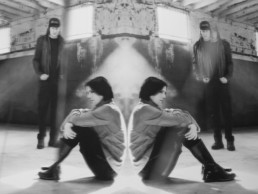 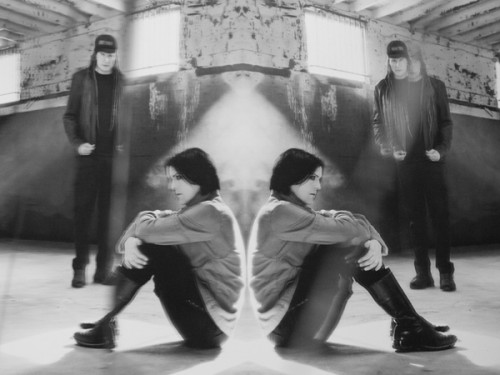 "With the theme of a full circle return to our electronic roots and equipment, everything seemed right, and like the buzz of something new it brought us back," Skinny Puppy's cEvin Key tells Rolling Stone. (head over to rollingstone.com for the new track saLvo)

This is easily the best track so far from new SP album Weapon available on the webs of the inter from May 27th (`paragUn` was available earlier via Metropolis Records) - streaming previews and their rips floating around really divided fans - and I'm not willing to make a stand without giving it a full week of listening.

Slicingupeyeballs.com claims `stands as a commentary on “the concurrent glorification of the gun culture and simultaneous horror at the devastation guns can cause` - really looking forward to a SP album reflecting on issues of actual politics.

In 2027, one year after the end of the Fourth Non-Nuclear War, the guttural town of New Port City is plagued with one mass tragedy after another. Enter Public Security Section's Daisuke Aramaki to lead an investigation along with Batou better known to the criminal scourge as "the man with the eye that does not sleep." Running parallel to this investigation is the military's clandestine 501st Secret Unit, which happens to count Motoko Kusanagi, the cyborg, wizard-level hacker amongst its many members. Also investigating these events is the Niihama Prefectural Police detective Togusa. When all three investigations cross paths, secrets will be revealed and terrible truths unearthed. (via comicbookmovie.com) 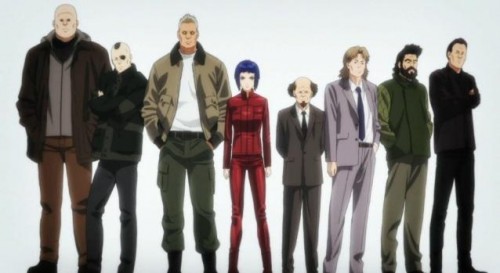 The Ghost in the Shell universe gets a four-part OVA prequel (50 minutes each) about the very early days of Section 9 and how Motoko Kusanagi ended up how she is in her thermoptic camo at the very beginning of the visionary GitS movie. Part 1, Border 1: Ghost Pain gets a limited cinematic release in Japan, on June 22, 2013 and there's a currently ongoing manga entitled Ghost in the Shell: Arise ~Sleepless Eye~ in Kodansha's Young Magazine. (here's some more merch and background info for you, Wikipedia page is actually full of great extra info as well - I'm quite sad though that Atsuko Tanaka, the voice of the Major got replaced - but then again, a young Major probably sports a different personality and mindset - or not, we'll see quite soon) 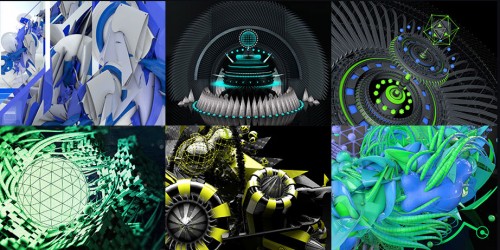 Not that I wouldn't start rubbing new music into your face all day every day, but here's just three longer podcasts I have to share with you. The artwork collage above belongs to Sun In Aquarius' new graphic studio Matik Design - although I got to know him through Enig'Matik Records, a brilliant storehouse of glitch-infested ambient/tech electronica and now he has a new podcast out (for Headphone Commute which is a must for you if you're into ambient). Then there's The Teknoist's bloody brilliant tongue-in-cheek new mixed-bowl podcast I Wanna Be Like John Peel and as a closure, Hard With Style, Headhunterz's monthly hardstyle compilation. Eat these and I'll bring you more soon.

END_OF_DOCUMENT_TOKEN_TO_BE_REPLACED

They didn’t think Flynn’s brother Burton had PTSD but that sometimes the gone haptics would glitch him, they said it was like phantom limb, ghosts of the tattoos he had worn in the war, put there to tell him when to run, when to be still, when to do the bad-ass dance, which direction, what range, so they allowed him some disability for that, and he lived in the trailer by the creek. An alcoholic uncle had lived there before, a veteran of some other war, their father’s older brother.

There's a relatively recent video out there with William Gibson at the New York Public Library, reading the first chapter (entitled The Gone Haptics) of his upcoming novel The Peripheral, and what you just hopefully read in the blockquote is the first sentence. Or the first few, depending on how exact the transcript is. The Gone Haptics also confuses me, bringing me back to wasp nets, military implants and post-war trailer reality oozing Agrippa and that's a good sort of confusion, something very similar to the feeling when I first read Neuromancer when I was thirteen. Go figure.

Inside, the trailer was the color of Vaseline, LEDs buried in it, bedded in Walmart amber.

This video comes from IO9 and if you want more, hop on to the NYPL event page where you have an hour-long video of the whole event (with downloadable audio, video and transcript links) that's going to give you some great insight on Gibson's life and also some teasers on The Peripheral - two timelines shifting in the book, one being cca thirty years from now, the other terribly far ahead, consequently very hard to write? As I said, watch the whole thing. 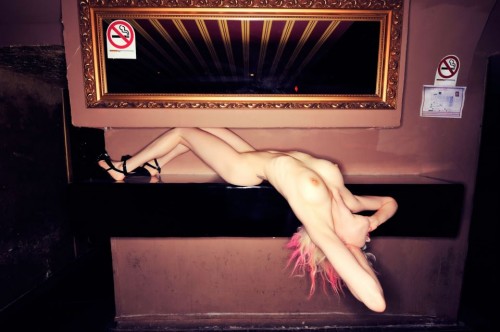 'I give you a few pages to fill and give me something great,` says Sophie Rotas, queen bitch/empress for fashion mag Nero Homme and I love this game, complete creative freedom gives me a hard-on and it ain't different this time. We've gone switch with divine slut extraordinaire Actually Huizenga and interviewed each other, basing our questions on Tarot trumps, making it all sound like sex, smut, art and magick. Our interview in its entirety is printed in the first issue of Nero Homme - here's a longer teaser for you and here's their Facebook page for more info on launch dates, stockists and great weird fashion art. This comes from a couple of months back - teaser just found me once again and I couldn't resist the repost allure.
END_OF_DOCUMENT_TOKEN_TO_BE_REPLACED