If I stopped writing here, it would be the best blogpost I've written in a long time and I'd call it Loco Electro and make a teeshirt about it with fluorescent ink and everything. Luckily for you, I have the tendency to push things down the entropy slope. So, promise: no promises about further projects, only masturbating with links pointing to final products. I just deleted half a paragraph with promises about further projects. Life is quite an endless mixture of translations, copywriting, infographics design, book writing and making more music, which makes it extremely hard to focus on one single thing and I could have learned this from any RPG in the 90's that dual-class characters are the bane of class proficiency and triple-class characters are fodder. And as it happens, I'm desperately fighting to get better in graphic design AND music AND writing. I could play level 9000 intergalactic battles with anyone now who'd say specialization might be the best idea now. They'd be right, of course. That's the worst part of it.

Board game nights are also a thing now and it's mostly been Eldritch Horror that kept my crew mumbling for the past month or so, because fthagn. If you have some great ideas about gothic/horror/cyberpunk board/cardgames, especially ones that are not especially mainstream, I'd love to hear about them (and here's a BGG profile for reference)! Still don't know whether it would be a smart idea to settle for Android: Netrunner - it is the living epitome of the cyberpunk LCG but I simply don't have the time for deckbuilding and the two-player limitation is not something I like working with.

And here's a Youth Code live vid, because Sarah just turned 30 yesterday (HAPPY MEGA MENTAL BIRTHDAY, SARAH!) and I just can't get enough of them. And that's also the very first track, Keep Falling Apart that really pulled me in and never really let me go ever since.

Funny how it turns out that you guys are still reading this and are actually hungry for more. I know that many of you can't actually contact me or life is a lot faster where you work and directly getting back at bloggers is just not something that you do in 2015 anymore, but hey, thanks for the feedback - it actually means a fucking lot to me. 2015 = VERY STRANGE, UNEVEN, UNBALANCED TIMES. Let's make the best out of that. 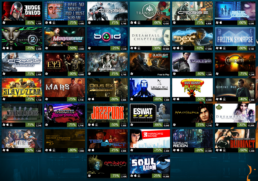 STEAM SALES: 38 cyberpunk games for the taking until March 20th 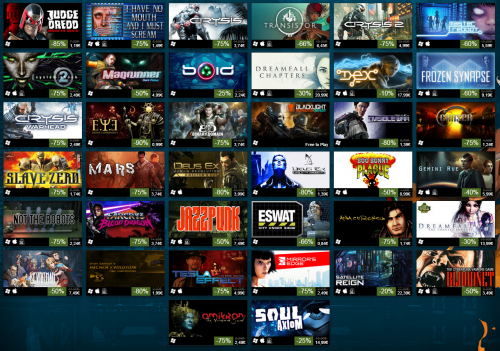 72 hours to go before finally succumbing to a Steam sale as you do, you always do. So do I. Steam now offers 38 cyberpunk...ish games cheaper, some at hilariously great prices and some of them just bring tears of joy to my eyes.

BLOODNET, for example, was and still is, my favourite retro adventure/RPG. It's basically a vampire story set in a cyberpunk North-Am setting, set against the ticking clock. In 2015 its visuals are definitely nowhere near today's expectations but what it lacks in looks, it definitely delivers in plot, characters and all the little details that colour the world alive. Varied characters with tons of motivations, attitude, style.. very, very different than today's adventure games. And of course, back in the 90s players had to figure out stuff for themselves and get used to dying A LOT.. something that today's players are not good at making friends with. If I had to pick only one, it would be Bloodnet - and now it's even cheaper than it usually is on GOG. (link)

On the other hand, a lot of my friends (and many reacting to the Steam sales news) were focused on two games: GEMINI RUE and E.Y.E. DIVINE CYBERMANCY: the former being a 2D adventure side-scroller, while the latter's a first-person shooter. I have to admit I didn't finish my Gemini Rue playthrough, because I got distracted a few hours into the plot and I definitely didn't get around to playing E.Y.E. which feels and looks a lot like a WH40K action stomper. Definitely recommending these two, as well! (GR link, E.Y.E. link)

But there's even more, so you can add games to your library such as MIRROR'S EDGE, the definitive cyberpunk parkour game that's extremely well-polished, plays well, has an upcoming sequel and I simply loved this version of its theme song; DEUS EX HUMAN REVOLUTION, the one that the whole world seems to like and I'm the only person who didn't - here's my longer review about it - but it's definitely worth a shot, even more so that its soundtrack is clearly on par with Vangelis' Blade Runner OST; FAR CRY 3: BLOOD DRAGON, a whole-hearted FPS homage to 80's action movies that doesn't take itself seriously at all for even one second; SYSTEM SHOCK 2 with the most sinister bitch-ass AI ever put to a computer screen (together with every one of them, because they seem to be bitch-ass-eviling humanity with an off-the-shelf dislike for anything that has endorphins); HACKER EVOLUTION, a hacker simulator that's clearly based on Introversion's groundbreaking UPLINK and seems to have its own devoted followers; and a whole lot more! 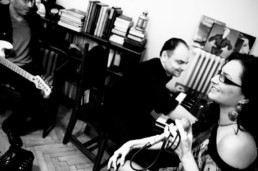 NEW MUSIC: a remix for Clayfeet

Blog-fast ends now! I'm quite happy to announce that I'm nearing completion of several projects I've been working on for the past few months. One of them, one completely finished, is a remix I did for a Hungarian alternative/new wave/dark pop group named CLAYFEET: we met through my long-time partner-in-absurd Dawe_, started talking about DAWs and VSTis and, fast-forwarding the story by a few weeks, this is where we ended up. (Or this is where we actually begin.) 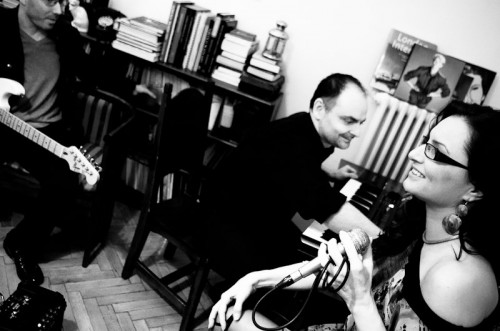 My weapon of choice was Renoise, as always, taking the vocal stems and the chords and ditching everything else, basically turning the original synthpoppy bash into something a lot bouncier. Working on this was a lot of fun, learned a lot about 1) EQing 2) giving pop song ideas a structure 3) layering everything with literally everything and then 4) learning how to delete at least 30% of my original tracks because it's just way too thick and overstacked.

By the way, you definitely have to check out Clayfeet's Bandcamp as it has a motherload of great tracks to listen to: and here's the Severance single my remix is featured on. Play it until you're sore! (And, oh, here's a whole gallery on how they're working on their tracks, hehe.)

More remixes and tracks are on the way: until they see the daylight, show some pimpage and love for these tracks!