BIG’s latest project (in collaboration with Arup and 2+1), the Danish Pavilion for the Shanghai 2010 Expo (...) takes the best of living in Copenhagen and placing it on China for visitors to experience.

Basically, the pavilion is a big loop on which visitors ride around on one of the 1,500 bikes available at the entrance, a chance to experience the Danish urban way. At the center of the pavilion there’s a big pool with fresh water from Copenhagen’s harbor, on which visitors can even swim. (via archdaily via @honeymooncroon) 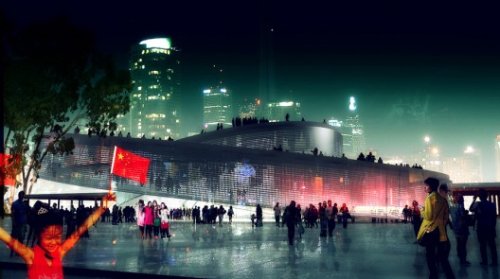 “Slingers” could be summed up as Sizemore’s vision of Oceans 11 (we’re talking old school here) meets AI: Artificial Intelligence. Part heist, part drama, part action, it’s a gorgeously realized mix of 60s cool and futuristic design. The only problem is that this show isn’t off the ground yet. (via quietearth.us)

When a team of former Soviet radicals seizes Chernobyl and threatens to unleash a lethal cloud of radioactive gas one hundred times deadlier than Hiroshima and Nagasaki combined, the US military brings in a bio-mechanically enhanced super soldier, Luc Deveraux (Jean-Claude Van Damme), to foil the plot.

As Deveraux fights his way into the plant, he faces off with his now revived former nemesis, Andrew Scott (Dolph Lundgren), and a newly ‘updated’ Next Generation Unisol (former UFC Heavyweight Champion Andrei Arlovski), in a battle of battles, and must save the day. (via quietearth.us)

Set in the near future, 2B portrays a familiar decaying world on the cusp of great transformation and awesome wonders. The script is based upon real science and evolving technologies. When the world's first transhuman is created by a renegade corporate CEO and bioscientist, the foundations of society's beliefs are threatened in a transhuman world where man merges with technology. The ‘technohuman’ conundrum is the hottest and most controversial topic of this century. This film is an entertainment designed to jump-start the conversation about the moral and religious questions raised by the bio-tech revolution. What if you could die and live forever?

These creepily realistic face molds are attached to servos controlled by computer. They come from the twisted mind of artist, Nathaniel Mellor, and are part of an art piece being sold at Art Basel Miami Beach 2009 for $75K. (via gizmodo via metamute) 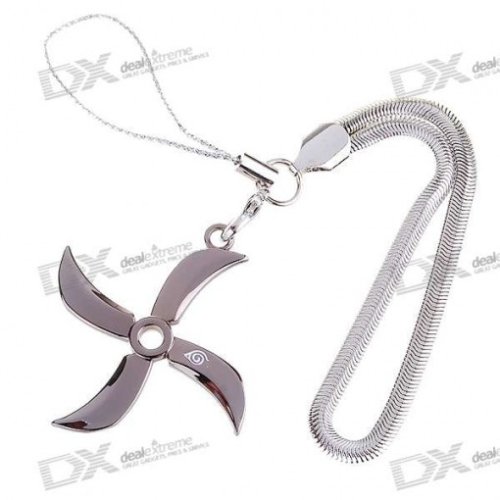 Case found himself staring through a shop window. The place sold small bright objects to the sailors. Watches, flicknives, lighters, pocket VTRs, simstim decks, weighted manriki chains, and shuriken. The shuriken had always fascinated him, steel stars with knife-sharp points. Some were chromed, others black, others treated with a rainbow surface like oil on water. But the chrome stars held his gaze. They were mounted against scarlet ultrasuede with nearly invisible loops of nylon fishline, their centers stamped with dragons or yinyang symbols. They caught the street's neon and twisted it, and it came to Case that these were the stars under which he voyaged, his destiny spelled out in a constellation of cheap chrome. (via dealextreme)

the fish that survived deep-frying. in china. it survived.

This is purely to gross you out and, simultaneously, to bring me more visitors who would actually stick here. And because the PDHQ embraces weird food in its entirety. Except for torture victims (like the one above) and fish with eyes. And their unlucky combination, such as above. (via eat me daily via @tlvlp) 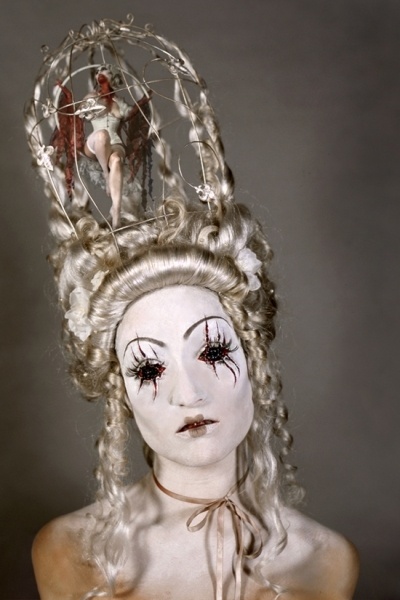 One of the most pressing questions for young women who are about to enter the warrior battle ring for the first time is what to wear. What goes with armor? Luckily, fashion designer Rachel Freire has the answer. (via io9)

a ghost in the shall sac motoko wallpaper 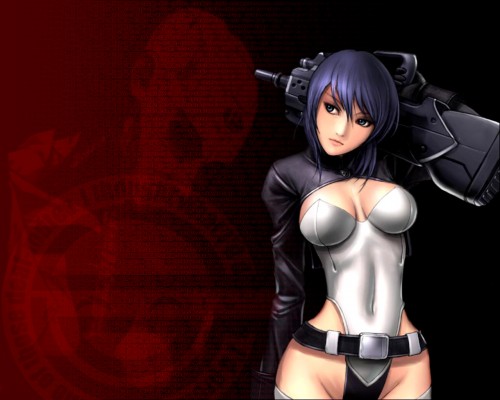 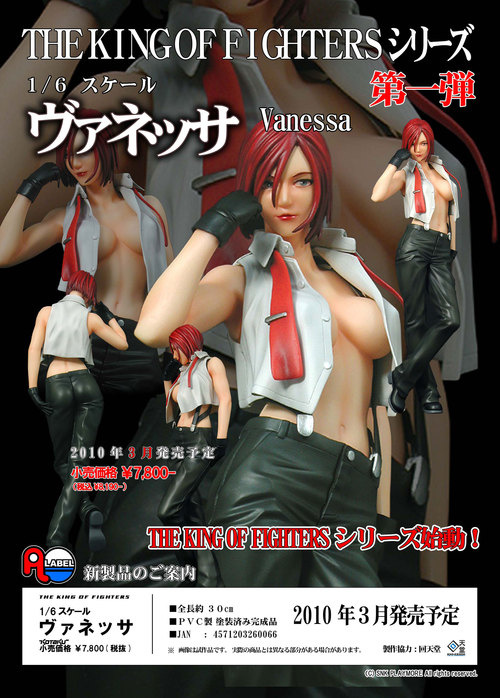