What happens, when the body becomes the commodity? I say the body is not impregnable, Susannah Breslin would actually believe and blog otherwise, but hey – this is going to be a nice prequel to part 5 about idorus and dolls. Whenever we get to the point, we were, and still are, incomplete. Anywhere. (Moodsetters inside are Experiment Haywire and Android Lust.) If you’re interested in the previous chapters, please head over to part 1, part 2 or part 3. 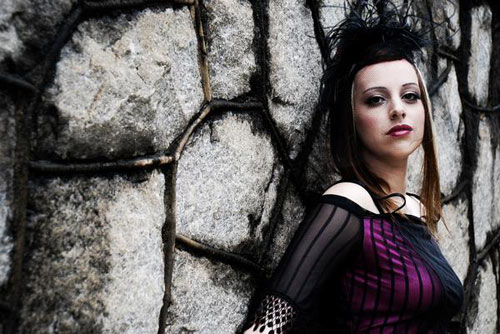 3.2 THE BODY WITHOUT MIND: THE BODY EXTERIORIZED

In an “age of affordable beauty” [Gibson, Neuromancer 9] the body is dealt with in terms of manipulation. Implants, the availability of aphrodisiacs and the differentiated conjuncture of plastic and cosmetic surgery shifts the contrast from natural to artificial, from flesh to metal, from real to the ungraspable. Manipulation appears as a multi-layered add-on virus, dehumanizing subjects, legitimizing tendencies of cyborgization.

Among manipulating techniques concerned with the relationship of the organic/mechanic, bio-engineering and bionics play a prominent role. Bio-engineering focuses on the possibility of applying technological principles to the body by studying organic structures in anlogy of the mechanical properties of substances (like muscles and bones). Bionics works on the premise that the human body’s design principles may be used as models for new mechanical devices. Gibson offers an imaginative articulation of these developments in techno-science to show that the body as a product is in fact a shifting territory of specific cultural contexts, of competing structures of meaning that cannot be explained as parts of nature. Gibson shows exactly what Wajcman notes about technology, that “..it also fundamentally embodies a culture or set of social relations made up of certain sorts of knowledge, beliefs, desires or principles” [Cavallaro 74] 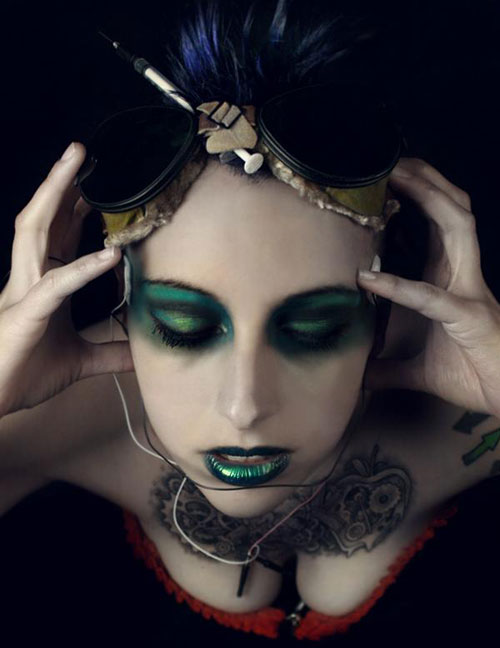 The systematic management of the body’s minutest functions by medical technologies seem to annihilate its materiality, pointing towards an evacuated and disintegrating organism. Though I propose that this is not the demise of the flesh, it is the materialization of the transcendence myth, transcending, updating the body through disembodiment to telecommercial data fluxes, personality engineering, mind recordings and simstim comas. Gibson alters his bodies but he does not yet transcend them. Materiality in his images of vat-grown flesh, organ commerce or exoskeletons play a crucial role as it underlines the heavy physical setting of his stories. McCaffery presents him as a “gomi no sensei”, a master of junk as his planet is filled with gomi [waste, garbage]. Gibson’s fascination with the bodily qualities of gomi mirrors his own stylistic proclivities. In the McCaffery interview he describes his method of writing like this: “stiching together all the junk that’s floating around in my head. One of my private pleasures is to go to the corner Salvation Army thrift shop and look at all the junk.” [McCaffery 277]

The “average” cyberpunk landscape is choked with the debris of both language and objects. Gibson concentrates on the surface to get to the aesthetic of the age he describes. Does this mean that the human inside becomes completely interchangeable with the artificial outside? Darko Suvin points out that “for cyberpunks technology is inside, not outside, the personal body and the mind itself” [McCafffery 352] It is quite clear, then, that technological editing is not something that can be cherished unproblematically. Self-reinvention through consumer desires benefits only the hyper-rich. “Now, some night, you get maybe too artistic”, Case is told at the beginning of Neuromancer by Ratz, the bartender, “you wind up in the clinic tanks, spare parts.” [11]

3.3.1. THE BODY AS COMMODITY: THE BODY WITHOUT MIND

I have previously shown that the body is not impregnable. In fact, the commodification of corporeality is largely based on the illicit trade of body parts, dictated by ideological and economic imperatives. Neuromancer’s Case is subjected to enhancing neurosurgery so that he may become the perfect pawn in the service of corporational battle. His female counterpart, Molly has deliberately chosen to improve her body to gain power in a social structure that would otherwise identify her only as a ruthless mercenary. The cyber-aristocracy on the other hand who own the economies in which the likes of Case and Molly are manipulated, are able to postpone death – but none of them is ever lucky enough to return to the realm of the flesh – the realm of life. Count Zero’s multimillionaire Josef Virek has the power to project simulacra of his body in a wide range of simulated contexts but these apparitions are not homogeneous, the gaps between them are all linked to the real body torn by cancer.

Gibson’s bodies – both the powerful and the disenfranchised – are symbiotic with medical technologies that are both enabling and opressive at the same time. Gibson’s short stories collected under the title Burning Chrome highlight the ambiguity of the body/technology relationship. “Johnny Mnemonic” depicts the protagonist with a data storage in his brain which has been modelled through microsurgery. Though his brain is made to resemble a computer, he cannot know or recall any of the information filed in the storage in his head. Despite Johnny’s eventual success with making good money with the help of a so-called Squid mechanism, there are hints throughout the story that Johnny’s condition is comparable to some unnameable disease or a demonic possession. “The program. I had no idea what it contained. I still don’t. I only sing the song, with zero comprehension.” [Gibson, Burning Chrome 17] Right at the end, Johnny fantasizes about the removal of his condition as if it were a cancer: “..one day I’ll have a surgeon dig all the silicon out of my amygdalae, and I’ll live with my own memories and nobody else’s” [22]

The “Belonging Kind” [co-written with John Shirley] dramatizes the body’s boundaries. A mysterious woman and her drinking companions whose bodies alter drastically from one bar to the next in all physiognomical signifiers of age, status and class are as fluid as the famous T-1000 model of Terminator 2: Judgment Day. Both the technological and the mythological connotations of sudden metamorphoses that are evoked by Gibson’s narrative is reminiscent of Franz Kafka,

..it was there, in the light of a streetlamp, like a stage light, that she began to change. The street was deserted.
She was crossing the street. She stepped off the curb and it began. It began with tints in her hair – at first he thought they were reflections. But there was no neon there to cast the blobs of color that appeared, color sliding and merging like oil sticks. Then the colors bled away and in three seconds she was white-blond. He was sure it was a trick of light until her dress began to writhe twisting across her body like a shrink-wrap plastic. Part of it fell away entirely and lay in curling sheds on the pavement shed like the skin of some fabulous animal. [Gibson, Burning Chrome 46]

The body here is encoded as a function of interior design. The protean bodies the protagonist, Coretti, follows are postmodern items of decoration. They are merely fixtures defined entirely by their sartorial attributes.

In “The Gernsback Continuum” the ephemeral nature of the human body uncertain of its own reality is paralleled by the transitoriness of the body/form of built space. The narrator – an architectural photographer – receives a severe blow when he finds himself penetrating the membrane of probability and when he envisions an airliner breaching the boundaries of his own body. The narrator’s frailty stems from his exposure to a culture that makes the body redundant and iconizes it at the same time.

“The Winter Market” questions the body’s materiality by turning it into a vehicle for simstim (simulated stimulation), i.e. commercially edited dreams. At the same time it emphasizes physical dimension in its least savoury manifestations in the character of Lise. She is defined by a fatal illness which induces extreme pain and may only be kept at bay by an exoskeleton. Lise is incapable of tolerating the sensation of total passivity, the exoskeleton accentuates her bodiliness by mapping the body’s inside on the outside, doubling her materiality. On the other hand her interfacing with technology attenuates her corporeality for her the ultimate aim is the final escape from the prison of the flesh which she happens to achieve.

“Burning Chrome” embodies Gibson’s recurring concerns of the body/technology relationship. It emphasizes, on one hand, the ambivalent nature of cyberspace as a map of incorporeal geometrical abstractions, on the other, a physical world in which ICE mechanisms can literally kill illegitimate users (i.e. hackers). Furthermore it highlights certain analogies between the physical organism and computer technology. Its main male characters are portrayed as “Bobby Quine and Automatic Jack. Bobby’s the thin, pale dude with the dark glasses, and Jack’s the mean-looking guy with the myoelectric arm. Bobby’s software and Jack’s hard; Bobby punches console and Jack runs down all the little things that can give you an edge.” [Gibson, Burning Chrome 170]

“Burning Chrome” typifies cyberpunk’s configuration of the body by simultaneously presenting the natural body as an incomplete entity [dependent on the possibility of a prosthetic enhancement] and emphasizing the central role played by that body in the acquisition of the prosthesis. Rikki is driven by the desire to purchase the Zeiss Ikon eyes which will enable her to become a simstim star. She has to edit her natural form in such a way that her body may be transcended in the pursuit for fame in the simstim scene. In this respect she is one with Molly of Neuromancer, none of them has any choice save the sacrifice of their bodies, short-cutting their sensory perceptions for the delight of “closet necrophiliacs” [Gibson, Burning Chrome 187].