We are getting to the interesting part now – chapter three, the body. Kroker’s postmodern panic theory, how Wired’s ex-chief ed Kevin Kelly thinks about how our body is basically a giant chemical ramen and something I called the bureaucratization of the body into organs, all of which are theoretized around the body without the mind. You’ll get even more interesting things when we get to idorus and robot sluts. Check out part one and part two – they’re fun to read. I know, I wrote them. 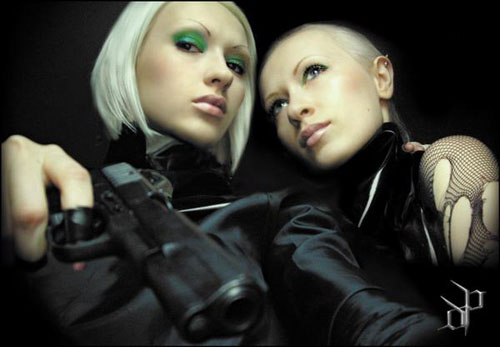 Every human being is by default located in a certain space and time. Space is either a physical location or it can exist simply as conceived by the mind. The reason of the necessity of “implacement” is that individuals need to interact, to engage in the creation of relations, propelled by the need to understand our limits within the existence that surrounds us. Space functions on the base of intrinsic bonds. These bonds give us parameters for our activity of “signification” in the world. Individuals are immersed in space, from where they obtain all the necessary information to build their physical and mental spheres, gaining an image of the world that goes beyond the communication of sensorial organs. The opportunity/possibility to travel among multiple environments without violating borderlines [like a gap in the continuity of the experience] relies on two things, firstly, on the individual cultural availability, secondly, on the considerate opinion of the concept of space. In western civilizations we usually think of space as a homogeneous and isotropic entity, in which the subject moves without breaking the continuity. 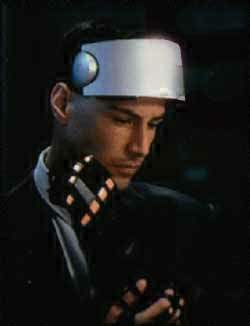 In technological society [I simplify Gibson’s information-processing culture here for the sake of clarity], claim Kroker and Kroker, the body is of a “purely rhetorical existence”, it is a “metaphor for a culture where power itself is always fictional”. As they center the body as the “rhetorical centre of the lost subject of desire after desire” they differentiate economic, political, psychoanalytical, scientific and sports rhetoric. [22] A rhetoric of economics targets the body as a site for the acquisition of private property, forging the archetype of the “possessive individual”, investing it with ideologies of desire. A political rhetoric constitutes the body “in the form of ‘public opinion’ as an elite substitution for the missing matter of the social, and massages, manipulates and mediates public opinion at will” [22]. The psychoanalytic rhetoric recovers the body as the signifier of the unconscious, the scientific rhetoric would “speak now of the existence of the teleonomic body at the intersection of genetic biology, structural linguistics, and cybernetics.” [22] Finally, the sports rhetoric would celebrate the commodification of certain body parts related to certain sports [feet-soccer, arms-basketball,etc].

This drives me to Kroker and Kroker’s postmodern panic theory and the recycling / customizing of the physical body: the projection of the existential crisis onto the enemy without overwritten by the introjection of the public crisis, causing a revision of the body surrounded by a whole contagion of panic virii and panic mythologies [AIDS, herpes, bulimia, anorexia etc.]

KROKER’S POSTMODERN PANIC THEORY –Panic is the key psychological mood of postmodern culture.” [Panic Encyclopaedia, 13] Kroker argues that his interpretation of panic has the reverse meaning of the word’s classical sense. The classical meaning refers to the appearance of the god Pan, a moment of arrest, calm, “a resting point between frenzy and reflection” [16], the Krokerian panic signfies firstly, the dissolution of the internal entity, secondly, the disappearance of “external standards of public conduct”. His panic theory includes a fully technologized self at a point where culture and science are mirror-images of each other. Panic materializes the catastrophic and the hyperreal.

Kroker and Kroker’s custom-made/customized panic body is a discursive, symbolic entity, a deleted body which is held together by the memories of the mind, by names, by the gloss of the Japanese fashion zines. It is not an invitation to action, a potentiality of movement as it had been. As a result, the meaning of the body has become a strategic concept that exists pragmatically at the interface of design and use. Gibson’s characters have designed themselves, without any external ethical imperatives or an inner sense of self to guide them.

3.1 THE MIND WITHOUT BODY: THE MIND EXTERIORIZED

The concept of the mind as an interface is no longer viable. Marshall McLuhan’s assumption that the media-net would become merely an extension of the human nervous system with the humanoid core remaining its “same old self” provided a touch stone for both the liberation rhetoric of writers such as Howard Rheingold and for tele-evangelists seeking the redemption of the free market through the virtual corporation: a model of business as the management of flows that is at once homely and sublime.

Disembodied intelligence is often a con in cyberpunk literature. Glowing elite minds having migrated into data-space at some point recognise a co-dependency with the material world and a new kind of physicality emerges, something like what J. G. Ballard imagines in his metaphor of the supercession of civilisation by the crystalline. The entropic and troublesome flesh that is sloughed off in cyberpunk fiction allegedly of strongly masculine essentialism is implicitly intervowen with the dynamics of self-processing cognition and intentionality that are relegated to a substance called mind.

The first step of the body’s reconfiguration emerges in Kevin Kelly’s description of the body in the 21st century:

We know that our eyes are more brain than camera. An eyeball has as much processing power as a supercomputer. Much of our visual perception happens in the thin retina where light first strikes us, long before the central brain gets to consider the scene. Our spinal cord is not merely a trunk line transmitting phone calls from the brain. It too thinks. We are a lot closer to the truth when we point to our heart and not to our head as the centre of behaviours. Our emotions swim in a soup of hormones and peptides that percolate through our whole body. [online]

Out of this body which is muddied with peptides, hormones, viruses, pesticides, sugars and illicit substances emerges the cognitive body. To avoid the dread of the machinic body, let me acknowledge that the homo sapiens evolved as a result of a deep, co-evolutionary intimacy with the “inhuman”, with tools, with the machine-like. At the very core of our development lies the gradual bootstrapping of the brain which according to neodarwinist evolutionary theory, is by great likelihood the result of a possibility space opened up through the development of the opposable thumb. A mutation in a part of a body with far-reaching side effects on all others opens up an explosive array of relations with other forms of matter – the greatest sign of our real post-human state.

Computers are embodied culture, hard-wired epistemology and in the area I am focusing on two parallel sequences. They are implicitly related but operate in different ways. One is the renewal of encyclopaedism.

At the centre lies the desire for the enforcement of meaning. The encyclopaedic organisation of data preserves a point of privilege from where the eye can frame the objects of its desire. There are no obstacles in cyberspace, only straight paths cleared to open unimpeded vistas. Within this space, intention steps toward the user, to be understood without the hidrance of literary convention. All can be conveyed from within the universal iconic language, a visual and pre-linguistic key, clearly carrying reference to the ciphered world. The virtual architectural space has been constructed by an unseen author, whose intention is usually to impose a closure on a narrative, to provide the goal to be reached by means of one of many approaches, the reader / user / participant / player, can wander, but must not stray from the intended thoroughfares. From any point it is possible to look back and take solace in the fact that everything experienced is recorded, marked, referenced and ultimately retraceable.

The other sequence is the bureaucratisation of the body into organs and the privileging of the eye in multimedia.

3.1.1. THE BUREAUCRATIZATION OF THE BODY INTO ORGANS

Much has been made of the notion of the eye as the primary organ around which bodies – literally – organise. The eye is seen as a unifying and explanatory media in its own right.
Within multimedia, the desire to transfer information without transforming its integrity has remained strong and the senses have been prioritised and valorised in order that this system should work efficiently. With the eye situated as the locus of authority, assurance is passed to the other sense, which are called upon to further validate the evidence presented before them. Following the sales mantra “Image, text, sound, video!”, graphical interfaces reinforce this rigorous separation of the senses into a hierarchy of feedback devices.

Within the sight-machine of contemporary multimedia then, the mind has to be re-thought or re-programmed as a simple processor of information graphics. Once recognised and regulated, sense can be made and order imposed on data.

Through a representation stacking a mind-melding transparency can be achieved: interfacing the disembodied mind and disinterested data. The mind is immersed in the encyclopaedic data-space. That the eye, sloughing off the meat in an attempt to fuse mind and data, one electronic pulse with another, chooses to confirm its conferred status, shouldn’t be a surprise. The eye, released from constraint, with a “mind” of its own, can take any position it wishes. What is remarkable is that this pursuit of the eye realises itself in most contemporary multimedia as nothing much more than a subset of behaviourism.