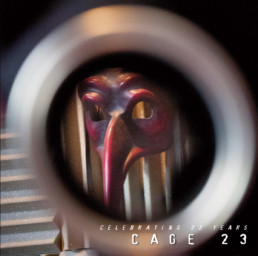 Planetdamage featured on The Cage 23!

Just one week after releasing "Snapshots of a Surveillance Manifesto", FIREWALLS (my most synthwaveish track ever written) was featured on Martin Bowes' compilation Cage 23. If you're not really aware of Martin's endeavours (apart from him being the driving force behind Attrition and Engram), he's running the label TWO GODS and he has a studio aptly named The Cage where he produces, mixes, masters, engineers or devilishly concocts bands (check out his client list, it is INSANE). 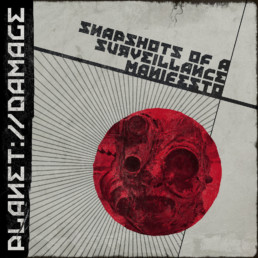 Snapshots of a Surveillance Manifesto

You might have stumbled into it in the header area, but if you haven't: my first EP is out. "Snapshots of a Surveillance Manifesto" has been in the making for something like one and a half years - definitely wasn't one of my fast-moving projects but hey, it is now officially out, freely streamable and/or downloadable, packed with lots of goodies.. and I might have some additional points of interest to share (to further hammer my SEO flags into uncharted territories in the net, vast and infinite). Enjoy!

BEHIND-THE-SCENES: You might read a few things here about the EP you didn't know but there's a whole damn repository of BTS intel packed with the EP. As I've always loved wading knee-deep in Angelspit's blipverts or the audio commentaries Blue Stahli packed with his releases and as I've had LOADS of different MP3 drafts from different stages of writing a song, I thought it would be a great thing to actually make a production diary for each and every song. This way you can hear how the first core loops sounded like, what the idea is behind each title or how Lensjammer, for example, was originally a jingle for a European Space Agency music competition. If you haven't grabbed the prod diary yet, now is the time - enter your email address here and grab a hefty download!

COLLABORATION: I am really humbled to say this but it was one of my favourite musicians, Martin Bowes of Attrition (and Engram) who worked on the EP in terms of mixing and mastering (and additional production). He's a great guy, definitely knows his trade and I've surely learned a lot during our time working on the EP tracks - we actually agreed at some point that the premix tracks could have easily been called industrial dub as I've suffocated them with a more than fair amount of reverb and decay. And it wasn't just him to remix these tracks - I could also feature long-time industrial favourite The Mercy Cage on the EP with a buddy of mine from the London days, Lhasa Mencur (whose sound pack I also reviewed here earlier), Hungarian industrial veteran First Aid 4 Souls and the solidly-rocking Black Nail Cabaret. And the artist photos were shot by Balázs Kassai, as always - he's not just a good friend (since high school, actually) but he's also the guy who makes the best photos of my weirdly changing, coffee-deprived face. Period.

COVER: The front/back cover, the inlay and the logo (with additional pieces of artwork) was created by a long-time buddy of mine, Péter Sántha - the Hungarian readers might know him from LD50 and our collaboration on Carbonbonbons, a goth T-shirt brand. Peter had a great idea for creating an EP moodboard: he told me to pick a huge handful (25-50, maybe?) of industrial album covers that I like and find patterns in them when I feel I've selected enough. Weirdly enough, all of them feature screaming faces with protective eyegear. It turned out that his buddy Jeremy Falconer has a statue that would be just the thing for the album cover - and from that moment on we were pretty much set!

CRYPTO: As you might have guessed from the title, there's an overarcing idea about today's surveillance society in the EP. There was even a long phase of production during which I thought adding a crypto game to the EP would really boost everything, from downloads through SEO and exposure to national security flags. I really wanted to encode a long list of references and messages into the artwork, the music, the lyrics, basically everything - but as I don't have the proper brain for crypto and I had noone to help me out, I just left the idea sunbathing somewhere far away. Still, the first idea that I came up with is still embedded, quite audibly, in Lensjammer and I've already gotten the first proper solution from it from an eager listener who'd like to remain nameless. Congratz!

DAW: I'm actually proud to say that the original tracks were done with Renoise. When I was making music in the mid-nineties (I've compiled the best tracks of that period under the title Track Record), I was working with FastTracker, a music-making software with a vertical workflow, looking much like Excel. Apparently that's the workflow I can work with, as I do have trouble finding an easy way into horizontal. (And Ableton is a no-go, I was flirting out with BitWig Studio for a time, but Renoise is simply, simply the best.) And the lovely Renoise team even pimped the EP through their social channels, which is a nice touch, thanks guys!

And yeah, there's more in the pipeline where this came from. Until the new release, stream the older ones from Soundcloud or Bandcamp or just download the full pack (there's some nice endorsements there from Leaether Strip and Angelspit!) and spread the virus to your friends and neigbours! ROCK! 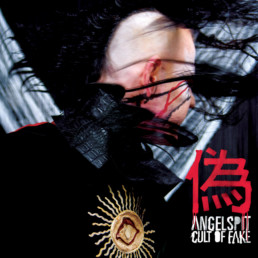 It's quite the turn on-tune in-cop out experience to follow the industrial riot PA Angelspit, three steps behind, ears open. I got to know Zoog around the project's early 'Nurse Grenade' era and quickly endorsed how Angelspit always shared their method, workflow and creative processes to help the upcoming generation through that Desert of Anything But Not Just That One Thing. The blipverts and production diaries were a great insight into how an industrial musician works, and trust me, creativity aside, tips and tricks are always handy when it comes to studio time after working from 9 to 5.

So, as you can guess, I was sort of enthralled to hear Zoog tell me during one of our as-rare-as-cherished coffee-fueled conversations that he's working on the most dancey Angelspit album so far. And, as files for CULT OF FAKE trickled in, I have to ensure you all, ladies and gents, he's right. And as it happens, he's right in the most twisted sense of the word. As always.

And mind you, Cult of Fake is still a 100% Angelspit release. It is ear- and watermarked with Doepfers and EMUs and a whole wall full of modulars, it's still fueled by the anger and the frustration felt over how corporate agendas thwart the lives of The Few, the lyrics are still constructed meticulously and are still peppered with rhymes just enough to be able to roar them out loud as you're drunk (which is the best proof of your lyrics being solid), Zoog's vocals are recognizable as always and if it's guitar, it's obviously George Bikos, who else? 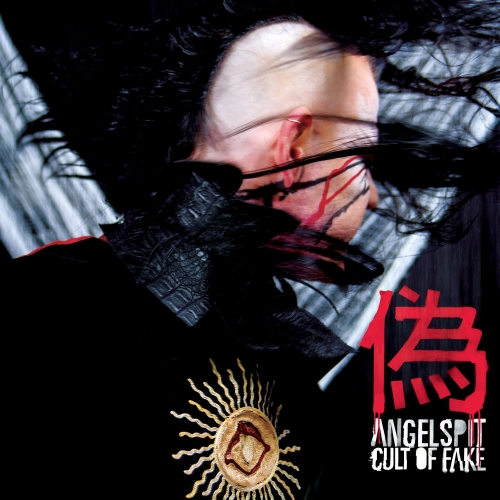 And thankfully, as far as progression goes, this is a very different album from The Product or Blood Death Ivory or anything before. It is a club stomper and in terms of rhythmics, it's evened out - a steady 4/4 material overall and each track is worthy of a few remixes. On The List (She's Not) is clearly in the top league - this is something pretty much in the vein of The Presets by way of Tankt and 90's club tracks and lush female vocals, yet, unmistakeably Angelspit. Thanks For Your Cooperation opens the album with such a Skinny Puppy-esque diorama of weirdery that you'll have to check your ID tags twice. Breath is the weird club hit that could instantly land in the TOP40 if its chord progression wasn't turned upside down, flooded with diminished minors (which is just the name of my very sad industrial cover band, hands off!) My Little Blade sounds just like it escaped from a Hardcore Pong album with its crunchy 8-bit feel. And this is just four track out of the 12 - all of them being weirdly characteristic, yet equally bouncy and decent club material for your favourite bunker near you. Note: you might say that Cult of Fake actually sounds a wee bit like earlier albums like Krankhaus or Blood Death Ivory and you'll be right to a certain degree, as Zoog re-used some of the percussive elements from the early days. Nothing like a good clang re-clanged!