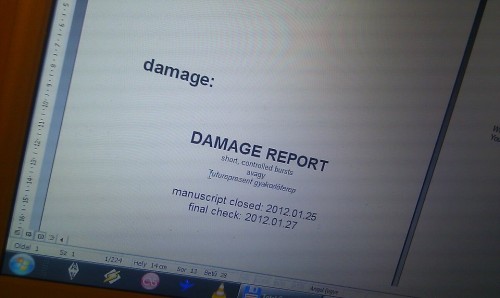 I’ve gone completely prehistoric hunter-gatherer on stray hours of sleep scattered under stones, bushes or cataracts. I am also called Damage Von Rock and this is just a brief lifesign to all of you whom I haven’t contacted, met or eaten this year yet. My debut non-fiction book on pop culture and the future as such entitled DAMAGE REPORT is now in phase two, manuscript is finished (during the Facebook-announced EPIC WEEK OF FINISHING STUFF) and is at the publisher. (And yes, I have ideas for a second non-fiction and a fiction book as well.) 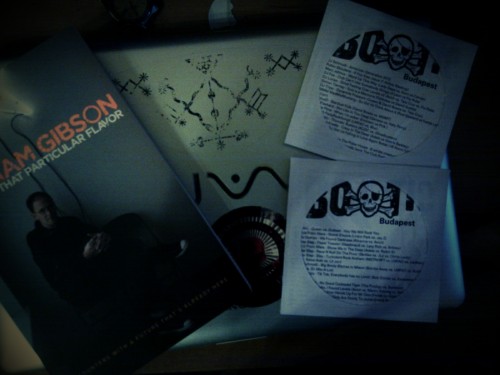 The IBS exam period is over, this is the latest book by William Gibson right there with some Bootie mashup Budapest mix CDs I’ve just gotten from the BP promoter and I guess I need at least two days of non-stop sleep. I sort of actually deserve that. After that it’s a lot of extra work to monitor the launch of Damage Report and all the great stuff we plan to surround it with and some extra projects I still don’t want to uncover.

As for something quite related: I’m looking for creative/media jobs in London. Here’s my infographics references of the past 16 years. And yes, I look like twentysomething, but you gotta deal with that.