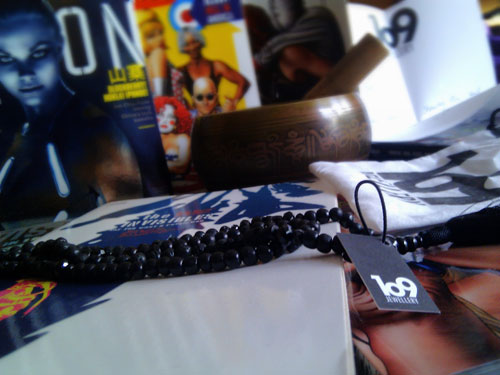 I hesitated / before building the second katamari of footsteps / the personality construct. A tilt-shift shot staged somewhere not an office nor a home anymore. Unbuddhism, from Monday till Wednesday, objects best presentable now, disappearing into gnosis later. A complete set of Grant Morrison’s “The Invisibles”, result of a suggestion of unexplainable origin and previously untopped intensity. Another star of eight above my home when I’m not looking. Seven of those, in fact, one for each paperback. A “January issue of Wired UK with Beau Garrett”, a proof of how Britain makarenkoed the US into cheerful rivalry about the future. And you always end up choosing the edition that has Warren Ellis in it. It doesn’t, now. It might also be the last UK issue I ended up grabbing off the shelves. A 0.974 kg rin gong, something Miss Toyclouds called an eternal singing chamberpot, a ritual instrument whose original frequencies I’m still Fourier-deciphering. Unorthodox ways of meddling with precious brainmeat. Again. A black skull mala of onyx, polished bone, lava, Swarovski crystals and carved bone skulls that I’ve received from Mette Mitchell of 109Jewellery as a new-year’s-present after I’ve just found their business of ROCK in a moment of awe. Skulls, reminding me not only of mortality, compassion and maya but also, kindness and open-heartedness. I am really touched. Skulls that have a story behind their grin, waiting to be unlocked during the trial of the demon hours. This year, full of surprises. The fine rain horizontal brought to you by Rasputina, laughing, in the mechanism.