Oh. You probably remember when I’ve gone haywire and started re-translating William Gibson’s Neuromancer via translationparty.com, feeding sentences into an algorhythm that tried to find a balance between a seriously mangled Japanese and an even worse sounding English version of the original? Right. Here’s the second part and if the original devs or Google actually used this project to outsource bugtesting, oh, they are doing it so right. Check the first sentence of the second paragraph beginning BSE high social Darwinism – the original sentence begins like Now he slept in the cheapest coffins, the ones nearest the port, beneath the quartz-halogen floods that lit the docks all night like vast stages… numerals are really, really grains of sand in the Universal Translation clockwork. Still, have fun. 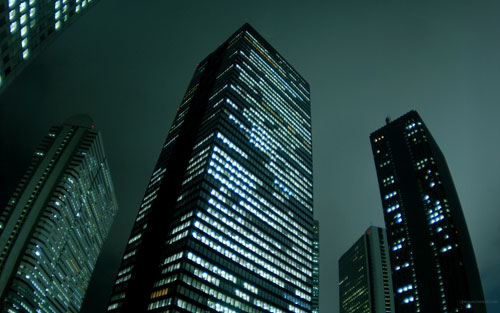 First, Chiba Prefecture alone, hoping to find a cure than a little money, find themselves, I had him hustling fresh capital intensity and the cold seemed to belong to someone else is the kind of terminal overdrive. The first month, he was two years ago, one bad one, one, one by one, one, one of the two women had one or two single-wide death toll. Kiyoto your death, in order to achieve the wishes of his clothes, he has some secret poison.

BSE high social Darwinism, 1,2,3 1,111,111,112,123 boring one, not one by one or two tests, one, one, one two thumb buttons 1,111,111,111,231,111 end one 11111111121 for the full market are designed to accelerate. Too fast, to move without a trace on the black market, the sheep of the bridge most of the problems, tensions on the board is to reduce this vulnerability; Either way, you like Ratz, I forgot some vague memories of the fixture, However, some stranger’s services, new heart, lungs, kidneys clinic circle can survive in the tank.

Biz Saburiminaruhamu, negligence, if negligence is not the death penalty, especially if you failed, why we agreed to suspend the protocol required to listen to complex.

Jarude, his arms and chest, sudden sweating from the palms, the hair, octagonal wooden table, respectively, are starting to feel a tingling sensation pinheads, If you are in any way, I started playing solitaire on his own last name of a very old game. He no longer held a weapon no longer took the basic precautions. All transactions are loosest fastest reputation. He is before Furuta, in his client, who is clearly some knowledge of his own people have employed for the destruction of one of the questions as a matter of time, and I growth, more stable, non-local arc. Yoshi Rindari garden and the death of your own expectations, his best ideas.

She is his 2 1,1 2 3 2 2 arcade game is a rainy day. Horoguramuuizado, tanks, war, the castle in Europe, like the ghost in the fog, under the blue light from the burning of the skyscrapers of New York… If he and his capacity as a laser is to face this kind of attack code, you need to save memory: scarlet as Wizard’s Castle in her tank in Munich during the war burned in the forehead bathed in blue, Breadth flare strikes sparks falling from touching the wall of the valley of soaring skyscrapers of the cursor hot money in the mouth. That night he was driving at high speed, ketamine brick and wages into the pockets of Yokohama, he was already money. He, she managed over the sidewalk drunk warm in the rain Kiyoshi Shinobu had been pointed out to him, alone console, the game was lost, hundreds of people standing out of her play I come face. Her facial expressions, his one two, one and thereafter, in these lines a few hours of data on the port side of her coffin in her upper lip to show the kids are drawn to represent the bird that have been sleeping with one face.

Akedokurosshingu beside her, seems to stand to the height of his contract, he saw her eyes. Paintstick black and gray edges and dim sum. Fixed a few animals of oncoming headlights.

Hobakurafutopoto, morning and evening tickets, the first stretch of his journey across the bay. Harajuku in the rain along, her jacket, loafers, a famous Tokyo boutique, plastic beads, white children in Cape Town last fall to keep trooping clingwrap, later in his hands as a pachinko parlor, the man who my kids are loud we held our chairman was Shii Shii.

This is a gestalt of the drug last month that he was a reflection of the need for constant strain rate, the second was a surprise move well. He passed his birthday as an iceberg off the components necessary to do so, toxic, all parts of the hunger, you can see swans floating armature of her personality. He is a blue mutant carp and crickets in her bamboo cage, mantises are beside the tank, he is full of memories that are sold in stalls along the concentration of Shiga Prefecture, I have not seen the following.

His place, staring at a black ring was an empty cup. He had been shooting at a rate of vibration. Laminate tabletop soft brown patina and minor scratches. Dex through his spine, you need to mount a random look at the effect of creating millions of his face. One of Japan’s century traditional jar file date, style, 20, is decorated with a blend of horror from the name of thin plastic and Milan. My client is Polish, my poor all plastic film you need to attack the nerves of millions of people in the mirror, some people have. Each side, turn off the clouds.