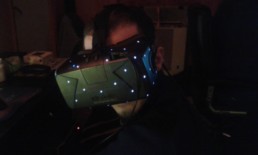 It's time to remove the stealth implant, otherwise I'll forget I can switch it off and I'll drown in the realm of Lost in Time and Space. (That's a Lovecraftian board gaming reference right there.) It's been four months(ish) that I last cared about having a blog and the reasons for the radio silence are endless - so, without excusing myself further (that never seems to work, at all, ever), here's an Opening Hand of Awesome (which could as well be the name for my new post-rock cover band).

One of my worst decisions in life was to stop making music. One of the best ones was to take it up again. The result of that is my first EP entitled Snapshots of a Surveillance Manifesto that's scheduled to be released early May - think oldschool industrial with some twists and tweaks. Here's a front cover - designed by a friend, Peter Santha. Back in the days of LD50 we've been working on the goth brand Carbonbonbons (think Garbage Pail Kids, only in monochrome) and now we're collaborating again. The cover (and the logo and everything that comes afterwards from his Photoshop of Foul Magick) is filled with oblique references, good luck finding them all. That head on the cover and the trailer images comes from a sculpture, done by Jez Falconer. 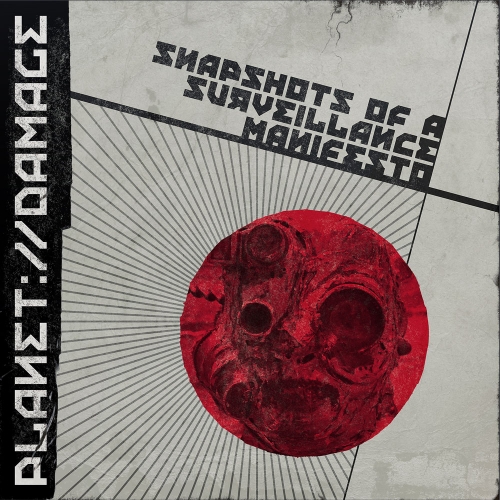 Mixing and mastering and additional production is by Martin Bowes of Attrition - which is an exhilarating thing, as his LP The Hidden Agenda is amongst my top 10 favourite albums, so it's damn humbling to work with him on this. There are four original tracks on the EP with a few remixes to accompany them - I've already received wave files from Attrition, Black Nail Cabaret, First Aid 4 Souls and Lhasa Mencur and there are some more underway!

The EP will be free and apart from finding it on Bandcamp and Soundcloud, you'll be able to download a bigger package from this site, complete with a production diary, demos, ringtones and whatnot. You can find 15-sec teasers on Instagram, such as this one below (find the others for The Mark and Firewalls here).

Here's another frustratingly short 15sec trip into COME HOME TRAITOR, another track appearing on my EP "Snapshots of a Surveillance Manifesto" - tracks are decently close enough to 6min each, so worry not :) Also, this is the track most people connected to #deusex for a weird reason - mixing/mastering by @martin_attrition, gfx work by @cptamorf. Stay tuned! #cyberpunk #industrial #surveillance #snapshots #manifesto #renoise #music #production #teaser #planetdamage

Been covering virtual reality, indie gaming and everything in between for 24.hu since December. My experiences with VR are quite ambivalent and I'll share these with you in a later post. 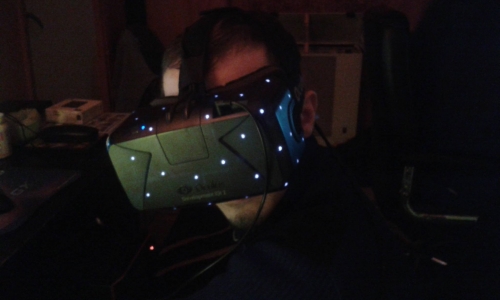 There's also a fun podcast I'm involved with entitled 20 Minutes Into The Future - for all you English-speaking fellas there, I'm sad to say it's all in Hungarian so you'll have to make do with liking all our casts on Soundcloud and iTunes - they're chock full of bad word jokes and post-6pm remarks apart from reactions to major and minor tech news from the globe. I still have a few projects under wraps I'd really love to talk about but I still can't. Yes, books and scripts are among them and music seems to gain a bigger priority than making infographics. Thankfully.

Have I told you guys about my budding board game infection? No? Well, I did now. I have it. Fermenting with friends over a table looking at a half-destroyed planet (Eldritch Horror) or a coed flatshare of goth models (Chez Geek/Chez Goth) or just Petri dishes full of virii (Pandemic) is a great way to pass the time (and also, my fifth childhood phase). These are the nine biggest favourites, by the way. 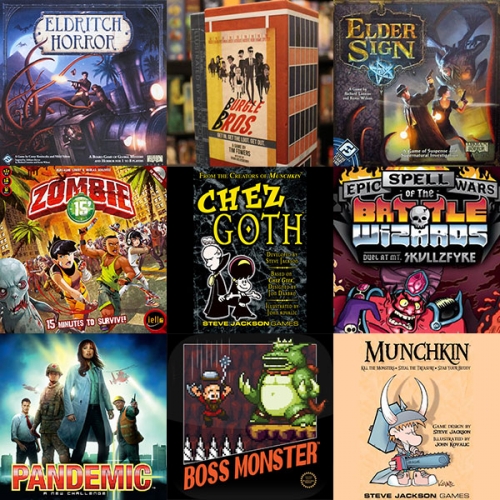 After having used Arthemia for a loooong time, I've decided to switch to another Wordpress theme that greatly helps with giving a new life to this blog. The Fox keeps it more densejournalish (yes, this is a word now) and doesn't feel like it's breathing down my neck, urging me to write two more posts every day. I have more things to say now so prepare to have it in your face, in one way or another. Heh heh. Heh. Hhhhrh. The header and the logo were also handmade by Peter Santha, so show him some love. And now, let us set sail to Sanctuary!