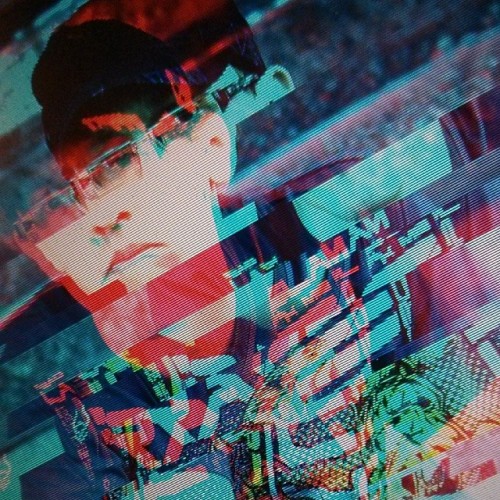 It’s been a blink of a blind eye, 2014. I’ve succumbed to the whole fiftyfiftyish conundrum this year: [there’s a good side to bad and a bad side to good to equalish amounts, so all is good at the end]. Regardless, this year’s been 15% good, 85% bad and the whole conundrum can go fuck itself, bidding it kthxbai with the last days of 2k14. Even wording this makes me feel… strange. My year in London made me realize quite fast that even though in Hungary we are well used to drama blogging, trauma news and catastrophy awareness, that’s less the case, stabbing westwards – everyone has someone who’s dying and noone puts it in the shopwindow. So I really sat down, shrink theory and all, to count the things that were good (good first!) and bad – yeah, it was still a bad year. Which makes the good points stronger. And makes me want to ditch the half-assed waiting even more and launch the products and projects we’ve been brainstorming in times of woe, the tracks I was composing at post-3am insomnia bubbles, the blog posts I’ve never posted, the slam poetry drafts that ended up in the strangest mailboxes on the strangest hilltops. (Yes, I can hear you reaching out and listening.)

Q3-Q4 was something I can easily call a period of the dark night of the soul, with all its occult implications and whatnot but it sounds needlessly dramatic so I opened up my mega folder of EBM, industrial and new beat to find a nineties’ release title that fits this year. I really wanted to stick to Skinny Puppy releases (after their Eye Vs Spy tour with Front Line Assembly, Haujobb and Youth Code I can only hope they’ll repeat that in Europe in 2015!) but Too Dark Park and Last Rights or even Inquisition sounded way too catastrophe-ridden.. so I stuck with Dreams in Pockets, an EP by Insekt, from 1993. Those dreams might even be hatching, as we speak.

Better known as “work”. My amazing friend TheLastLaugh Julie is behind this wording: and this is a very vocal thank-you to her that she helped me fight through the very fucking worst weeks of this year. I owe you a lot for that and everything else, Jules ;) 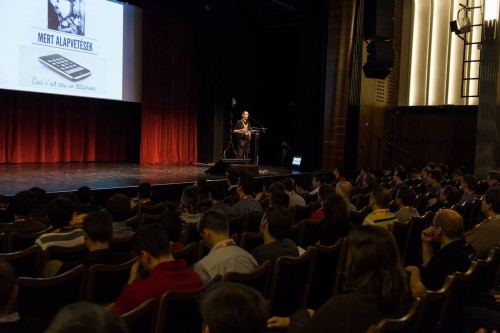 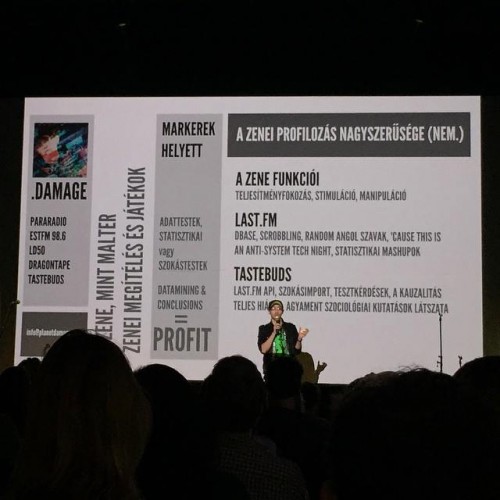 Music was probably the best thing that happened to me this year. I stopped writing music in 1997 and that was one of the worst decisions I made that promptly started a domino of many, much more worse decisions. So I just decided that all the time I spent procrastinating with social media, gaming and whatever else could be put to proper use with turning off the internet and going back to mad audio knob-fiddling! Best times ever. 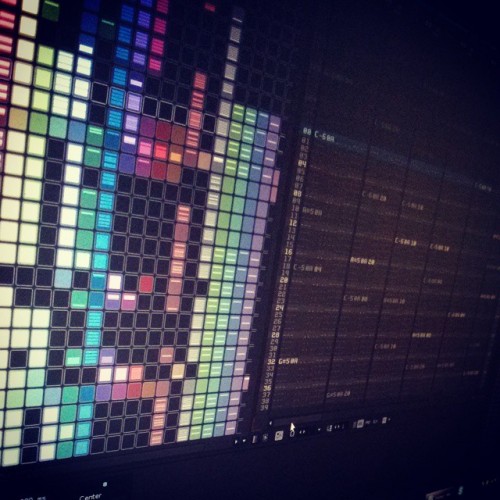 Total disaster, a trainwreck. I might happily add, though, that I really have the life expectancy of a whole ballroom of cats. If I have any guardian angels, chances are, they’re very, very drunk by this time of year. Not really wanting to add specifics. Move on, everyone. Oh yeah, one more thing to add: this year’s SHE PAST AWAY and DEATH IN JUNE gigs were great! Also Björk’s Biophilia live screenings were touching beyond words. Yep, we went to see it twice with the amazing Brigiri. And now I want to buy hang drums. 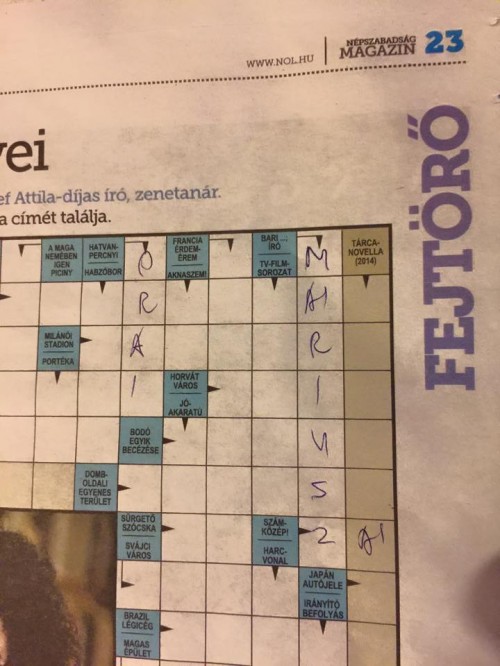 Do I get an achievement for ending up in a crossword puzzle? (Thx, Kolos, I owe you one for this :)) 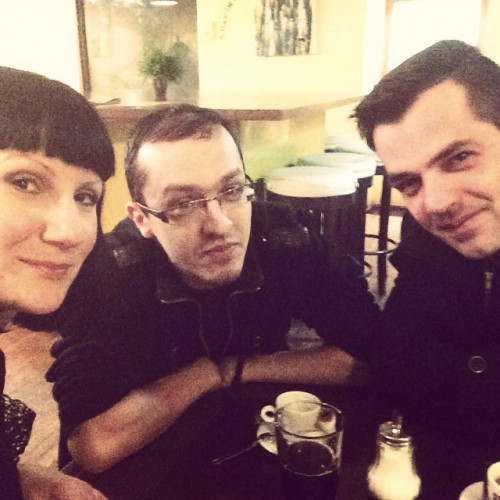 Funny how I always end up not having photos about me and my friends together (or myself), so I’m really happy to have this – straightening the LDN/BUD axis a bit with Emke and K. Mostly talking about Arturia, Nordleads and mike sensitivities, if I remember right. AND Star Wars. 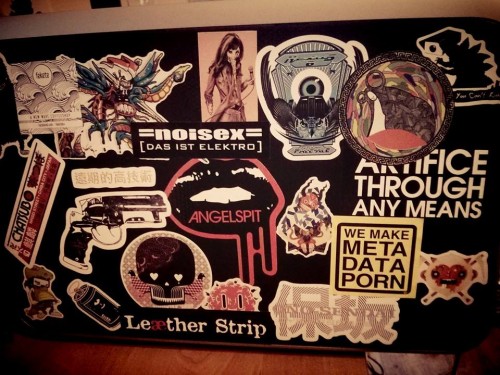 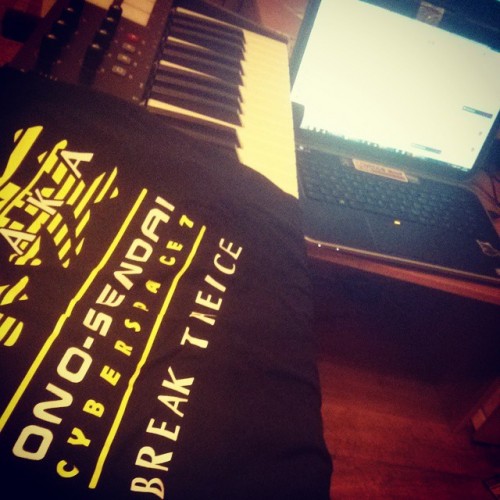 And that’s a new creative corner. Without the tee. Usually. 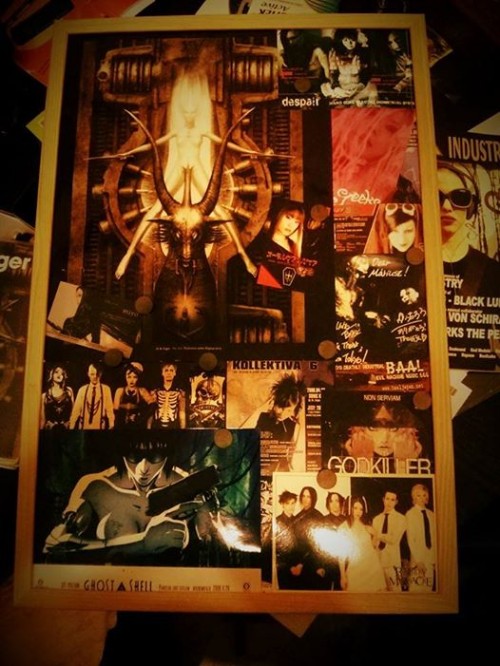 And something of an inspiration board that I quickly compiled from all the flyers and cards I found while figuring out where I might have put my notes from a few years ago. Nope, didn’t find it, but this one totally made the search worthwhile. 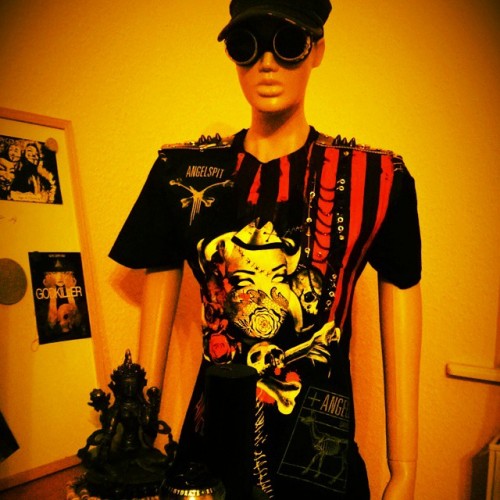 People are usually startled when they see this. The lodge has mostly been closed this year so the few people who have actually seen this were… mostly baffled. Good, but completely beside the point.

Expect a post about this super soon: Angelspit, Black Nail Cabaret, Biosphere, The Future Sound of London or Perturbator released some amazing music this year and they deserve your attention and hard-earned YouTube money. If it’s not this year, it’s early next year. Beware! Also, some terrific S13 mixes to end up in my ears this year!

All the more fun to look forward to in 2015, hopefully with less woe, goofing off and leaving good ideas unfinished. Not really a fan of making new-year’s-promises but if I can keep up these three, gods save you all, hahaha. Thanks to all the lovely friends, acquaintances and the beautiful people for keeping the pumps working.