The emperor of the South Sea was called Shu [Brief], the emperor of the North Sea was called Hu [Sudden], and the emperor of the central region was called Hun-tun [Chaos]. Shu and Hu from time to time came together for a meeting in the territory of Hun-tun, and Hun-tun treated them very generously. Shu and Hu discussed how they could repay his kindness. “All men,” they said, “have seven openings so they can see, hear, eat, and breathe. But Hun-tun alone doesn’t have any. Let’s trying boring him some!” Every day they bored another hole, and on the seventh day Hun-tun died. – Zhuangzi

GET INFORMED AND THEN BUY PROTEUS HERE

Proteus is a meditative experimental game about exploration and musical discovery for PC and Mac, now available on Steam, with a Linux version and soundtrack album to follow. 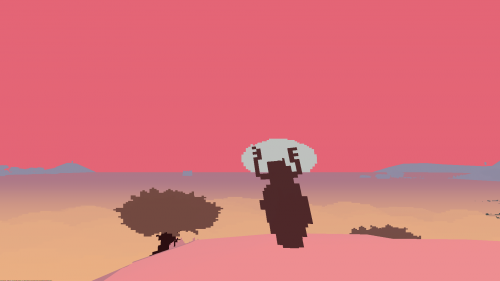