The Light Emitting Dudes is a short video project created by director Frank Sauer that took three freerunners, wrapped them in LED suits, and unleashed them on the chaotic streets of Bangkok, Thailand. Fueled by a techno soundtrack, the three runners from Germany, Australia, and Thailand were filmed over the course of two weeks traversing the ins and outs of the city in choreographed fashion, offering a visual spectacle that looks something like a real-life video game. (more via dvice) 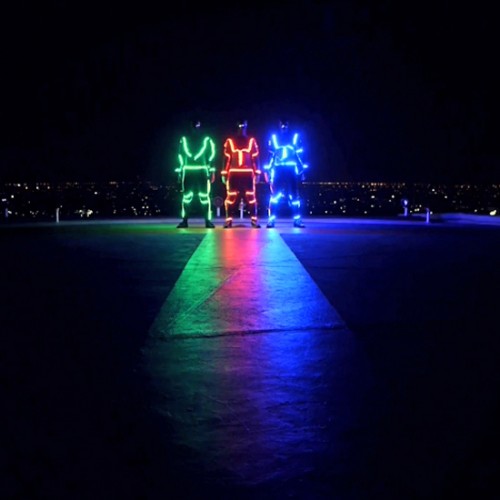