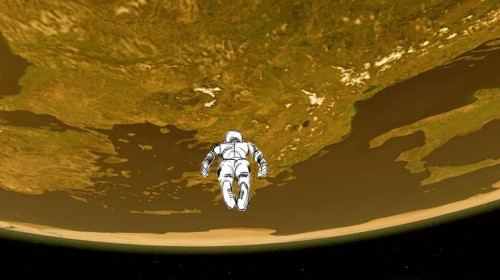 The new issue of Australian cyberpunk magazine MACHETE GIRL scrapes reality with your brains in December, its eighth issue focusing on the subtle bridges between technology, magic and how we make ourselves into a living haggis of augs & fancy tech. Until that – you have 20 days to support the new Machete Girl project. Their ideas about making an all-encompassing media empire is something to look at – now they’re busy working on a five-episode long series about our world in 2043. Read more about the project here and if you think it rocks.. you know what to do.

The Digital Web Series: Machete Girl the Hacker Chronicles, is the story of a young woman who is desperately trying to find out who has been systematically hunting down and murdering her friends before she ends up the same way. Set in the year 2043 Chloe is a hacktivist who mines government data and hides it in a Virtual Reality Game known as Arcadia, which is a fully immersive virtual gaming world.

The series will be shot on an ‘audience participation basis’ for example at the end of the first webisode the audience will decide who lives and who dies. This will have a “Real World Effect” as it will determine if we employ the same actor/ actress for scenes in later episodes. It’s an entirely revolutionary concept at this level because of how intense and visually spectacular the scenes will be.

Currently Machete Girl is also a popular free online magazine with over half a million downloads and now a 24 hour four channel online TV station, all run out of pocket for the fans. There is also a novel in the works and a comic book too! (read more on rockethub)