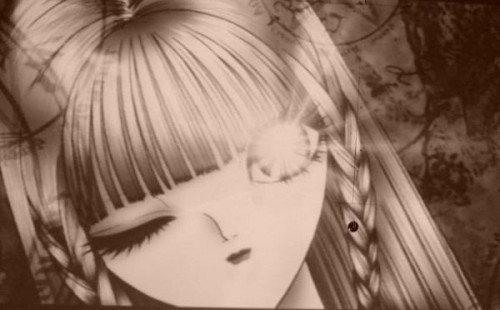 Hyperreal. A copy of the real without any origin or reality, states Baudrillard. The authentic fake, says Umberto Eco. Atari Teenage Riot amps the volume to 11 with excruciating delicacy. This place is a big biosemiotic onion on the mainstream timeslot. That’s me, it is a Saturday and I just lost a wonderful girl named Charlotte into a crowd of seemingly acid-ridden Marios and Yoshis and a gothloli army equipped with masks of blatant and vague liebevacui disinterest that would send even Rocco Siffredi into the PITS OF LIMP. (Yes, pits of limp. Get over it.)

Welcome to Hyper Japan, an ecosystem of pre-Cyber Monday kawaii innecessities, sweet lolita treats, pop magazines, mangas, toys, the yodawg 9gag cosplayers (doing le meta cosplay of enacting 9gag comment trolling in real life, idling along the walls in slomo neurotic unison), the occasional parents shocked into mute statues of glossy Munchian terror, an endless streak of geek couples and an evolving katamari of fans – a grandiose pop bath simulation of UK tourists condensed into a few hundred square meters of Earls Court. I suddenly miss the RFID-tag visitor tracking and its visualization sprayed across AR layers and a backchannel masturbating on us with staccato squirt tweets and event blabber – anything that could kick HJ off from its initial pink froth touristy phase to something teeth-grittingly modern. Ish. Hopefully without the Fukushima radiation treatment. (For better psychographic profiling, check out a massive video footage archive from JackDigital about this February’s Hyper Japan event.)

I’m voicing this to Wendy, silently dripping coffee into my eyesockets. `Why would you expect anything so specifically underground here? This is Nihon at its mainstream and as such it is quite alright`, she says, leaving me in a flurry to dispatch enemies. She spends an hour practicing with showman swordfighter troupe KAMUI who carefully elude topics like proper stance, legwork or balance while I’m playing around with the Handroid, the only thing left for me to fiddle with if I don’t want to play Yu-Gi-Oh or mess around with the new Tekken release. I obviously break it. The Kinect-controlled mechanic hand doesn’t care too much about introduction, its sensor glares at me, reads my very heart and sticks its mechanic fingers into a grumpy gesture of ROCK regardless of how I hold my fingers against the sensors, its cognitive muscles paralyzed into my personal statement.

“Bad targeting“, I tell the devs, “this is a mindreader hand, not one that mimics.”

In a universe similar to ours, my blood splatters on cheap warehouse wallboards, not quite elegantly.

Needless to say, we decide to move underground. 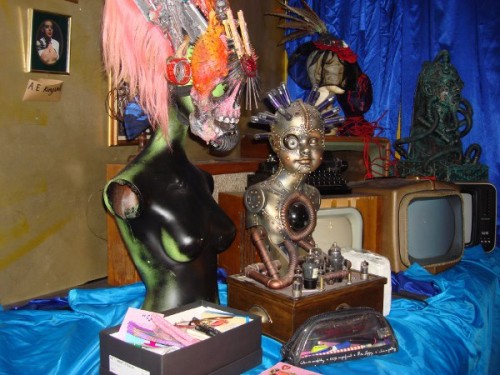 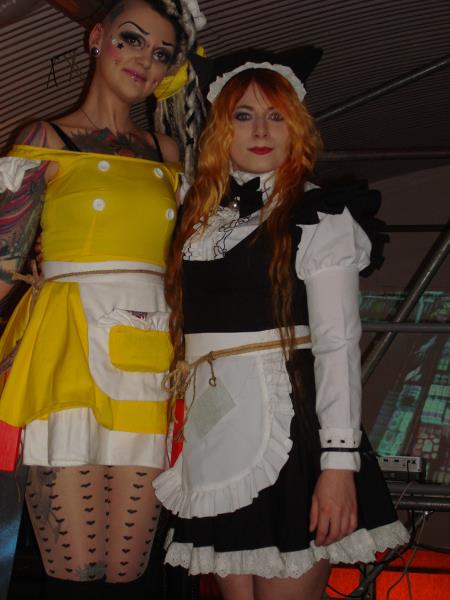 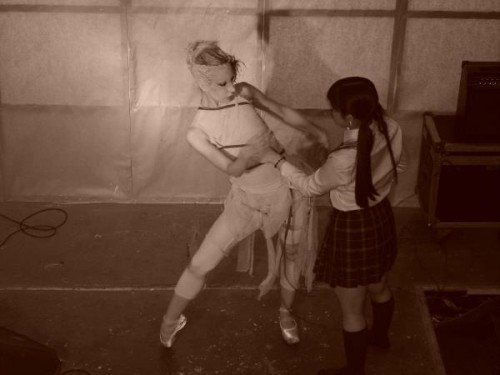 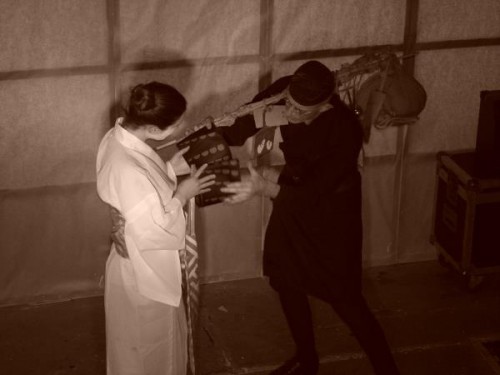 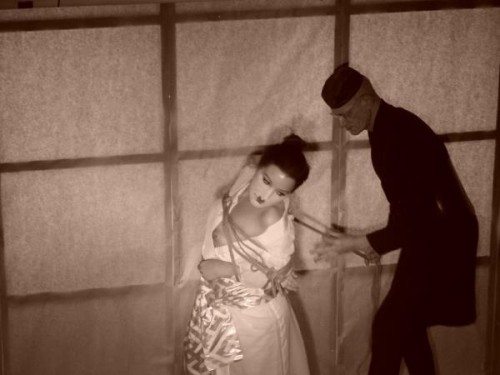 Bethnal Green’s Resistance Gallery, tucked away in Poyser Street behind an almost unmarked door offers just the flipside of HJ’s gluttonous pink – it is a sensuous, pulsing liqueur of black and red and sweet, sweet dense grime. Poised on the top floor maid café we take in Nawashi Murakawa‘s Yoshiwara bondage performance and the Monsterlune Freakshow, above them, the iconic figure of Batou broods away in existential glitch. Little pocket universes and little pocket interwebs work best and this is clearly one of them, one of those freeze-frame moments when you look around and see your lifegraph map itself out, below us, a scene of mock cannibalism, resurrection and a twisted love triangle of vaginal glitter, sparsed with statements of power and self-scrutiny along structures of rope.

I always wondered what kind of veves shibari structures align themselves to. My guesses may actually be well-founded.

In a universe not completely unlike ours, robotic baby heads looking like typewriters making love to horology explode in alphabetical order.

In other news, as I’m typing these, campaigners are busy fundraising to oppose the imminent demolition plans for Earls Court.

There is now a metabubble anomaly on the Central line.

PS. As for little pocket universes and frothing bubbles of meta – we had quite a lengthy discusssion over those with @silcucc – with a message of intent that puts all little universes into sentience. TRUST YOUR STORY. 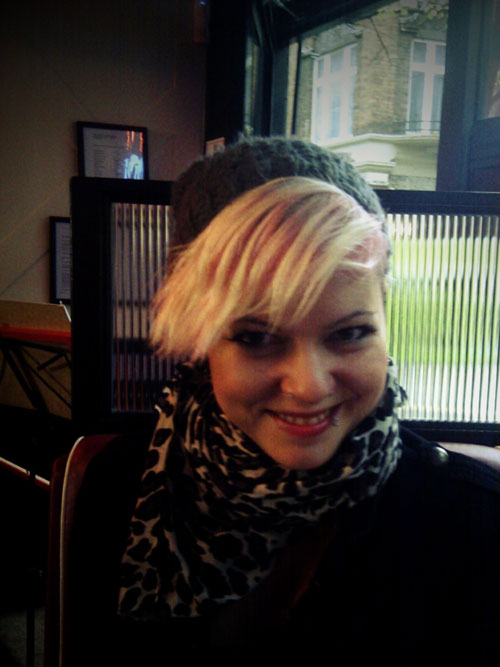