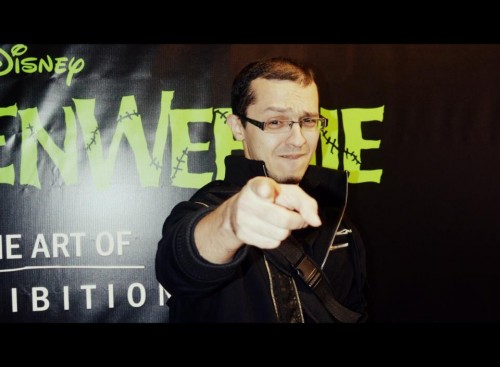 Six weeks in a nutshell, ruddy staccato on a Halloween night, dictated by an overdose of caffeine and probably a bit of hatred, too. And I just watched someone onscreen drink half a bottle of wine with his eyesocket.

So, I moved to London. Should have done that ages ago, but then again I was an angry little fellow with an erection for Japan and I probably wouldn’t have lasted long on the first night in the swingers exclusive club with the fighting spiders inside. Crescendos of delays. If you don’t see too many posts here, it’s mostly because I either do infographics, send out bombardments of CVs or exercise small but intense periods of WTF with Zeta Jones, my flatmate of ROCK or DJ Ninth, the other half of LD50 who very deliberately killed half my tastebuds with his naga jolokia meat sauce a couple of blocks away. I think we’ve got to be better friends since then.

Bookmarks are piling up by the dozens, of course.

Started using Todoist, too many projects to focus on at the moment and I would clearly die without a time management software. Or a secretary, for that matter. There is a book, a book translation, a magazine, a user case study and a zonerun mix in the making – more on them when I actually have proofs, progress bars or contracts.

I will try to keep this blog as up to date as possible – haven’t properly done features for a long time and I actually miss posting real proper futurepresent neon buddhapunk content here.

But I will leave you now with all these promises – I feel like I haven’t slept for weeks. There’s also a tumblr in Hungarian that I run about all the things happening here entitled Agent 443 in London, have a peek if you’re interested. See you around.