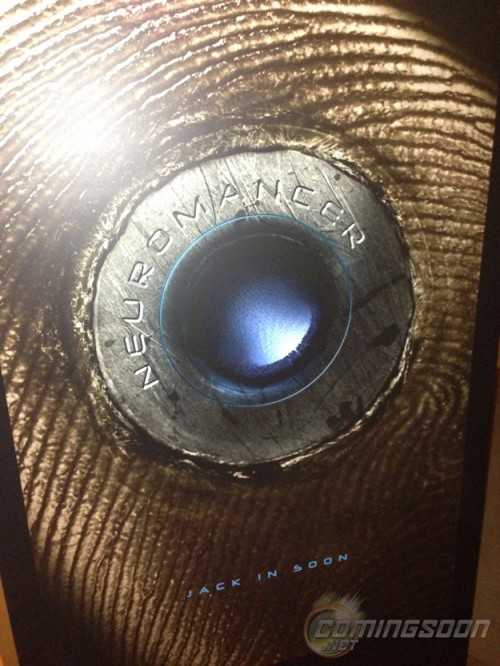 Apparently the first official poster for Vincenzo Natali’s adaptation for seminal cyberpunk novel NEUROMANCER. No further information on release date or cast members. It’s good to see that many of the 80’s tropes come back roaring with the plugs, the concept of jacking in or the definitely retrofuturistic typeface – but is it just me who thinks that the pattern behind the jack plug is actually a fingerprint? And if so, how would the whole concept of hacking change if you didn’t jack in via headplugs but fingerplugs? Natali already expressed his concerns previously about the clichés of cyberspace and dropped new ideas to the table about how cyberspace could be represented in a fundamentally new way (read more about that in my previous post) – is this a new way of tweaking the golden age of gridline hacking?

(saw this on comingsoon.net)