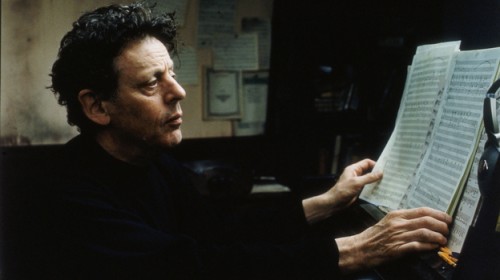 REWORK_Philip Glass Remixed usually meets somewhere in the middle between calming ambient pieces and kinetic electronic contraptions, with a frequent emphasis on pastiche that suits both its subject and its highest-profile guest participants. Beck, for example, stitches together more than 20 Glass works in as many minutes, living up to his stated desire to present a distillation of the composer’s entire career as a continuum; the result moves through many phases, with frequently gorgeous results. Dan Deacon, who knows his way around compositions that swirl and clatter hypnotically, constructs “Alight Spiral Snip” around repetitive dissonance before letting the piece give way to smeared-out beauty. Tyondai Braxton gives “Rubric” a toy-box peppiness redolent of his own compositions, while Icelandic composer Johann Johannsson — who knows his way around works both orchestral and experimental — crafts what sounds like an especially inventive bit of portentous film score in “Protest.” (via npr.org, sent by @dismay22)