Batman of Shanghai is a series of animated shorts from the DC Nation block on Cartoon Network, presenting a unique re-imagining of the Batman universe in a heavily stylized form, set in a 1930’s era Shanghai. 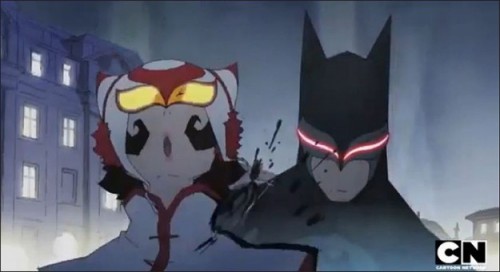 Cartoon Network has released a three parts of the series online — each spotlights a different character — showing us Bane’s ode to King Kong, Bruce Wayne’s transformation into Bat Man and a high-speed three-way fight.

Moodwise transports me right back to the Liquid Television/golden-age MTV cartoon shows. I am dumbfounded, amazed and definitely left longing for more. WATCH ALL THREE SHORTS HERE! (Recommended by Monsieur Made in DNA!)