Just for the sake of clarity: this is not a comparison of the respective trailers, but a remake of the 2012 trailer with some 1990 footage (mostly) lipsynced to the 2012 voice track. You can find the original 1990 version is here. Sadly, though, according to IGN, it’s nothing more than “…a cover song by a decent, but forgettable tribute band.” Same goes for Twitchfilm who say “Without a clear understanding of the stakes, the characters lack any motivation for their actions, other than a vague sense of “kinda good” vs. “sorta bad.” As far as it goes, the motivation is provided by someone saying “Catch that guy,” someone questioning “Why?”, and receiving the answer: “Because I say so!”” 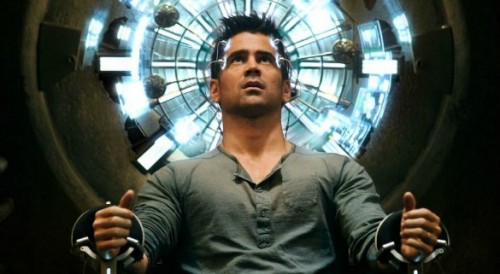