Back in the business from the world’s second hottest capital. Look grateful. I’m writing this post during the 2-hour time window when my brainmeat actually delivers production. What I have for you now is films – full-length and trailer-phase -, sent to me by readers of ROCK!

ANALOG tells the tale of a machine traveling in deep-space which has as a primary function the preservation of a living organism: a man. Strange events with biblical analogies begin to occur, disturbing the machine and making it rethink it’s priorities. (more on analog’s vimeo page)

I wrote about Analog last March when its trailer was released on QuietEarth – now Ebbeto, mastermind behind Analog dropped me a mail and sent me the link to this wonderful monochrome monogatari – expect longer review when the brain is not overheated – YOU ROCK!

Set in the year 2071, where technology has brought mankind to the brink of colonization on a planet named Gaia, one man takes on an isolated mission and discovers unearthly horrors that could bring an end to life on this planet. (more on seed’s vimeo page)

This was one sent over by Jeremy Stanz – short’s by the same Tyson Wade Johnston who did Exist last year. Looks intriguing and there’s certainly a chance of any spacefaring colonizer meeting him/herself in any hostile environment, hope it doesn’t come to that point. Or I hope it does! (Thx, Jeremy!) 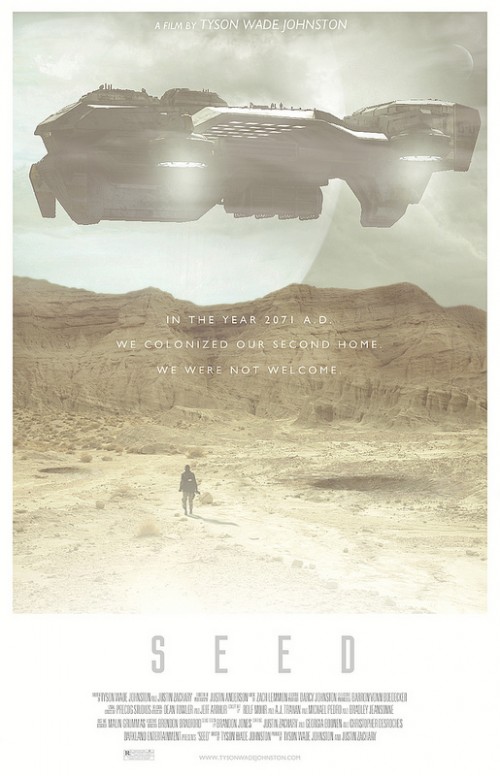