Ghost in the Shell hit the screens 17 years ago and apart from showing much of the Mirrorshades tropes in a hip Japanese anime, it didn’t have much of a novelty crash. Thermoptic camouflage, artificial limbs, neural interface links, network surveillance – we all had that from Bethke to Gibson, Shirley and Maddox. What was new, though – thanks much to the GitS manga, especially its second etape, Man-Machine Interface, hitting the gaijin crowd in 2003 – was the oceanic representation of the matrix and how it relates to a living, organic biomass of data. 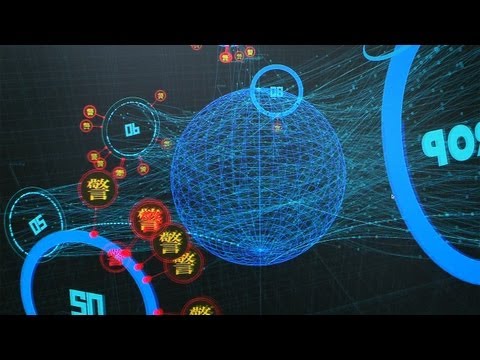 Until I finish the post that I’ve been planning for some time about how the representation of the matrix evolved, here’s the latest software the Japanese security industry threw at us: Daedalus (Direct Alert Environment for Darknet and Livenet Unified Security). Check out what Diginfo has to say on Daedalus/Nicter and if you’re interested in the progress, check out how Nicter looked like back in 2010.

Daedalus renders attacks on networks visible in real time. The sphere in the center represents the Internet, and the circles moving around it represent networks under observation. The state of an attack is shown using 3D graphics, and can be viewed from any perspective. (more at diginfo.tv)