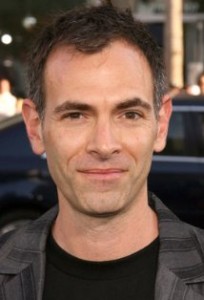 Renowned US producer Lorenzo Di Bonaventura (Transformers, Constantine) is to partner with Seven Arts Entertainment Inc and Prodigy Pictures on William Gibson adaptation Neuromancer, it was confirmed this weekend.

Di Bonaventura and his producing partner Mark Vahradian along with Prodigy’s Jay Firestone and Steve Hoban will produce the long gestating film, to be directed by Vincenzo Natali (Splice, Cube.)

Neuromancer will be produced as a UK-Canadian-Hungarian co-production by Neuromancer Productions UK Limited (an affiliate of Peter Hoffman’s Seven Arts and GFM Films LLP) in the UK, Pioneer Pictures KFT in Hungary and an affiliate of Prodigy in Canada. Shooting on the $60m budget feature is planned for later this year, with anticipated distribution ready for the autumn of 2013. GFM has been instrumental in setting up an EIS structure for the film. (more at screendaily.com)