Powerful, dark & dramatic – three-word association game for Andrew Oudot‘s 2011 underdog cyberpunk anime EXAELLA. It’s been almost two years since I last gave word about a second trailer of Exaella and now Andrew has given us word that we’ve been looking the wrong way – his gritty cyberpunk 4-part OVA is now available via DVD and digital download and now we know a lot more about its bleak world, way too bleaker than that of Ergo Proxy. And quite similar to the shadowy monochrome monogatari of Blame! in feeling. Only with more wonderful UI overlays. (Click inside for more images, videos and details of DARK MORBID CYBERPUNK ROCK!) 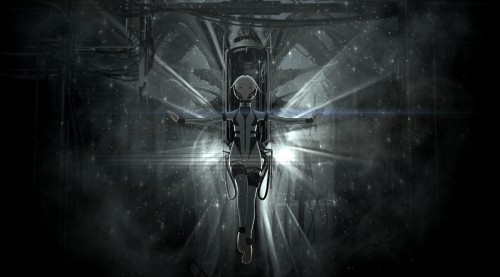 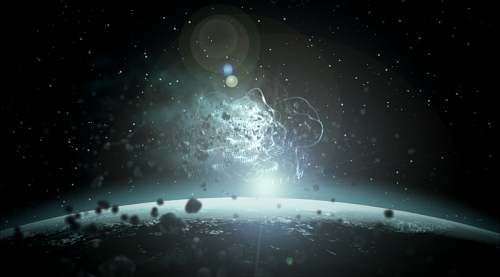 It all happened in one of the safest Somniupolis of the planet, inside one of the best-equipped and reliable mega-complexes – “Xonasu Area.” As in the very beginning, and in the last few decades, all the systems had operated in nominal mode until the satellite network transferred an array of unclassified data to the central analytical cluster. According to the guidelines, the data were immediately isolated and sent to be re-evaluated in order to classify the registered events and to develop further options for protective and preventive efforts. A few days later, the tranquility of the sleeping “Xonasu” was torn apart by sharp, blazing fragments of multiple meteors. The area around the “Xonasu” faltered – a wave of interruptions and failures rapidly swept through the heart of its systems … and one of the errors launched the sequence to awake the Supreme Operator of Xonasu. A little later – all was quiet and still. (via imdb)

All in all, Exaella does look promising and both the colours and setting does remind me of Franck Vestiel’s Eden Log – humans biologically/technically sedated back into the equivalents of batteries, someone does wake up and traverses through the setting, meeting a few (very few) characters after some sort of a surrounding-shattering trauma event – and we don’t know how things progress from over here. But we will. Watch this space for an Exaella review and if you are a hasty person, watch the teasers and trailers, grab your own version and watch it with sick post-apocalyptic glee before we can drop our immense tracklist and watch it for our own amusement. ROCK! 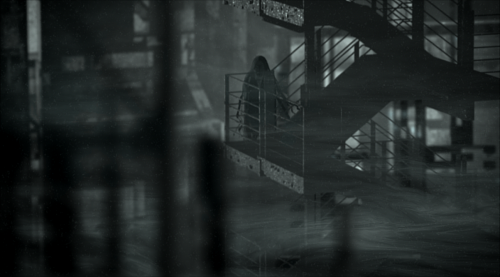 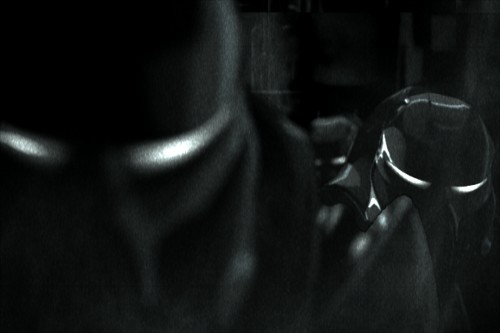 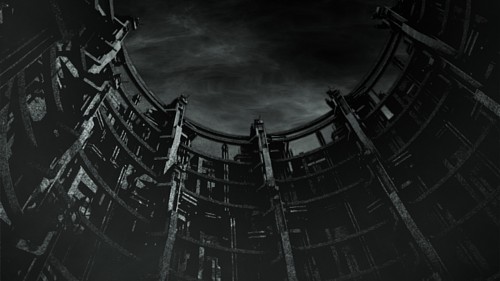 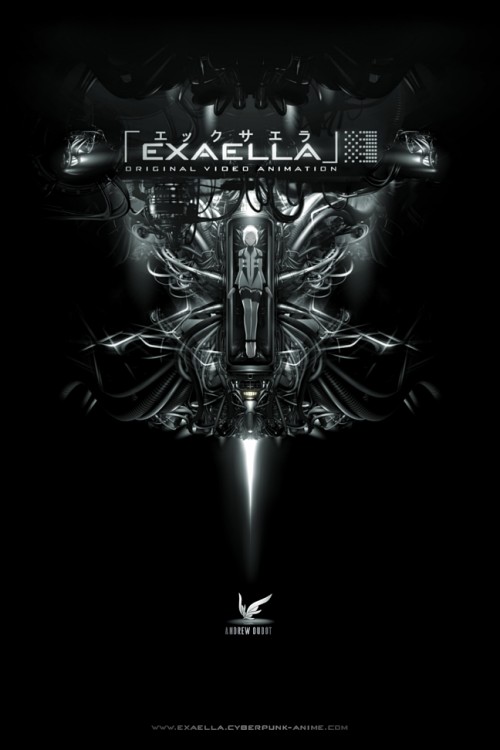