The entire upper half of the costume’s body was constructed, assembled, and painted in the time frame of 8 days, each day working approximately 4 hours. About $145 has went into the materials, all of them being purchased from Walmart except for the black gloves (marching gloves) that were bought from a local music store.

I do intend on going to BlizzCon this coming year. Hope to see you guys there! (diablo iii costume, via kotaku) 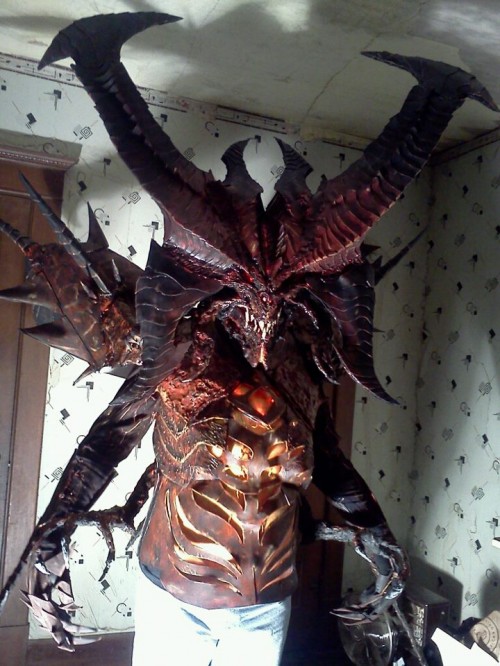