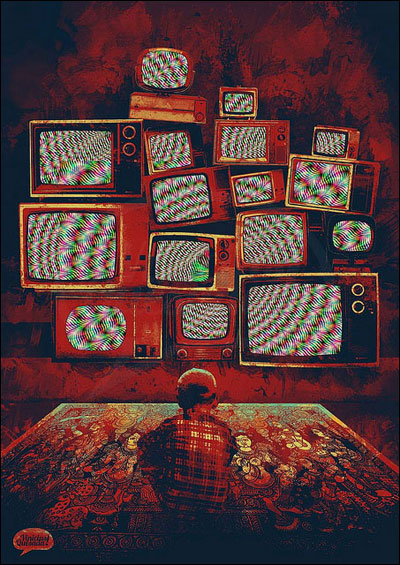 Vinicius Quesada is a collage/street artist from São Paulo, Brazil. In 2010, he created a series of dystopian images titled Blood Piss Blues, “with real blood.”

The images suggest a world in which the peak oil crisis has occurred, where children play in dismantled subway cars and where dense, polluted cities house homeless refugees, sword-wielding geisha and… psychedelic cats. At least that’s one interpretation. (via coilhouse)

Reminds me every single time that I should actually buy a TV so that I could meditate on the noise and the steganography that the gridline loa resonate throughout the interwebs.