Micro-budget 12 minute cyberpunk short by Stargate Studios, channelling a whole lot of Blade Runner, centered around a time-traveling replicant who’s out to save her “donor” in the past in San Francisco. Confusing? Yes. Storywise? Cliché. Firstgen? Very. Atmosphere? Perfect. Get someone on board who can get between the niche cracks of the genre and you’ll come up with something even more groundbreaking. I need a whole series of that, the quality is so there. (As recommended by ToBal!)

The film, embedded above, was shot digitally on a Canon EOS C300 camera by Stargate Studios, which earlier designed visual effects for The Walking Dead and Heroes. (…) The crew shot the production on the streets of San Francisco using six handheld cameras that cost $20,000 apiece. (via wired) 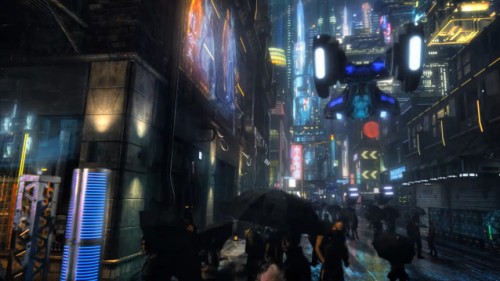