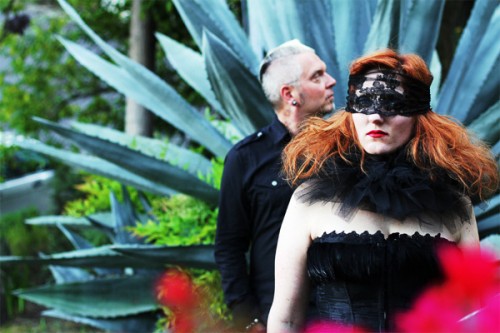 The brainchild of record producer mastermind John Fryer (worked with basically everyone from Depeche Mode through NIN, Ulver, HIM, Cradle of Filth, Nitzer Ebb, Cocteau Twins to Stabbing Westward, Gravity Kills, Rabia Sorda and of course there’s his own band This Mortal Coil) and Rebecca Coseboom (from Stripmall Architecture), DarkDriveClinic is a reach back to the nineties’ sounding power-punch female-fronted industrial rock with touches of Jakalope, Lucia Cifarelli, Kidneythieves or even a bit of Garbage and it’s as dirty, mean, mature and powerful as you expect it. Debut album Noise In My Head is coming down on you hard (released last week) and the Fryer-Coseboom axis is already signed to Metropolis. Clean and sharp stuff. Go get that. And while you’re at it, check out Rebecca’s other band Stripmall Architecture – their videos will give you a clean first start and a few re-listens on the way to getting their stuff from Bandcamp.