End of the Line, in association with Distillery Productions and Toby Summerskill, have filmed the first 3D Graffiti Time-lapse. Created to document the production of a painted promo for Disney’s Tron: Legacy this is the final 2D edit. This groundbreaking project was filmed in December 2010 and January 2011, in a warehouse in Shoreditch with the exterior shots taken from the rooftops of East London. (more @ vimeo) 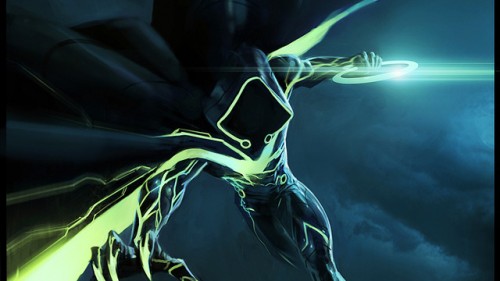 These pieces are all courtesy of Daryl Mandryk, a freelance concept artist who has worked with EA on games like Need for Speed, Def Jam and SSX, and more recently on the Turok and Tron franchises. In between all that, Mandryk has also done work for clients like Lucasfilm, Dark Horse Comics and Hasbro. (via kotaku)

Nackashi’s story takes place “in the dismal future, [where] we’ll all be affixed to our respective wires and screens, dreaming about being virtually with the one that you love.” The story initially caught my attention but it was the visuals that really got me excited. I particularly love Nackashi’s mix of old-school and new-school tech and the mix of the two is pretty much where I expect we’ll begin when we start re-building after some terrible disaster. It reminded me a bit of William Gibson’s vision of the future which makes me wonder what the heck is going on with Neuromancer… (via our friends at the amazing quietearth.us) 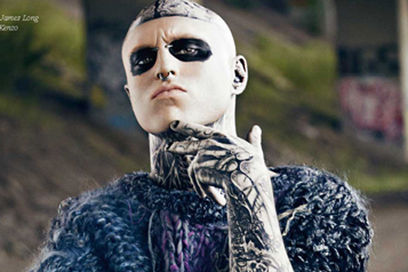 The iconic Zombie Boy (Rick Genest) has his face tattoos erased off with make-up, as part of his photoshoot for fashion magazine Schon!… (via bizarremag)