Hello, rebels. This is a week of immense work, re-wiring, closure, consolation and russian_standard ROCK. Most of the writing that I do still goes into the book that’s coming together quite nicely after a longer period of WTF and not-being-able-to-write. So don’t expect too much nontumblr content for a while, this is all for a good reason. Have a nice weekend and fuck a lot. 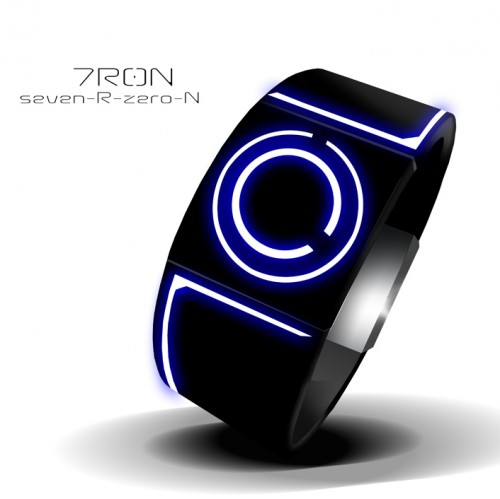 This watch design takes its inspiration from one of Scott’s favorite films as a kid, TRON, and from his Pimp Pimpin Ain’t Easy watch. He wants something that will get noticed when it lights up and that’s why he came up with an electroluminescence strip around the whole watch strap. The two rings (styled on a Tron Disc) represent minutes (outer) and hours (inner). The break in the ring represents the time in a normal clock face layout. (tokyoflash.com, via ToBal!) 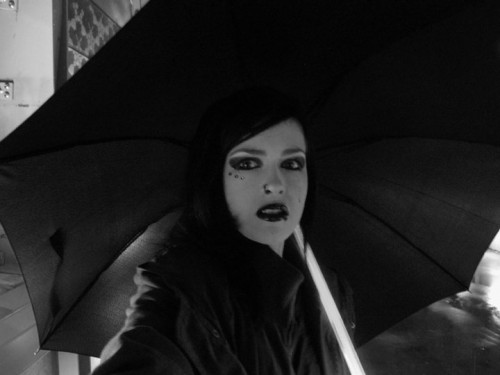 We have begun the launch of our multilayered cyberpunk story of Machete Girl which at this stage includes Twitter, Webisodes and Comic Book. As we start shooting the webisodes this week you can follow the story on Twitter through messages of the characters leading into the first webisode. (cyberpunkforums.com, via ToBal!)

Order the Emalkay EP here if interested, only linked this here because of Lena Cullen who is a STUNNER (also a stunner with this track by Engine-Earz Experiment called Reach You).