Dawe_ sent this link over a couple of hours ago, making a point on how to make the still unnamed black-white-red bike into something more of a Tron lightcycle. And a point it is with all the fwd/bwd illumination and the apparent coolness of it all (yeah, that being the first thing ripped off of it during a Budapest nightride break but that wouldn’t really be otherwise in edge cities, would it). Things is, Revolights still needs support to get their act running and there’s a Kickstarter where you can donate, which is something I’m going to do. Because I seriously need one. So support the project on their Kickstarter page until Sep27 – those pledging 200$ or more will get their pre-ordered set of the finalized Revolights! (via technabob) 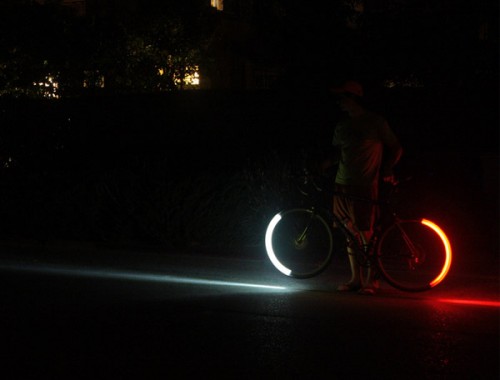