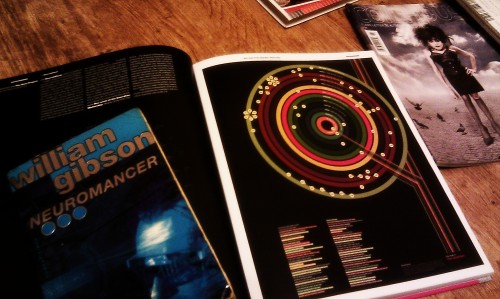 oh writers write best when they suffer or starve, this is ground zero in the east european writing guide or so they tell you but it’s never really that simple and if i snapshot my life right now, i should be writing like salman rushdie possessed on acid, which is so not the case. focus or flow. so, following on the blueprint f words of creation, i reached back to interior designer land and covered my floor with books and magazines that are jackhammers of inspiration. above: neuromancer, the book that started it all, data flow, a design/concept work on infographics and a previous issue of wonder alt mag coilhouse. more after the break. 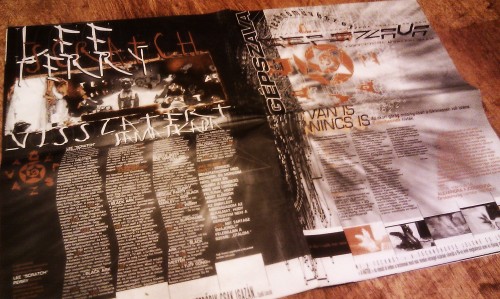 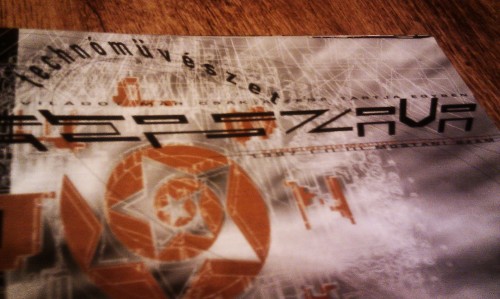 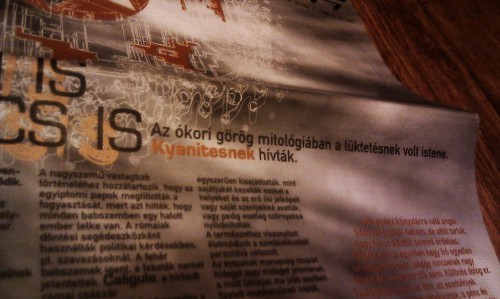 a wonderful piece of cultural irony called gépszava, ridiculing (touching on) the daily paper népszava, shifting the focus from the mouthpiece of the nation to the mouthpiece of the machine and it was done around 1996 or 1997. i still have an issue (out of the four that have ever been published) and it’s funny – chief ed of gépszava was sandor bernath/y, the guy whose music (albert einstein bizottság) i used to listen to when i was in high school, he was the one who lent us a strobe for our first rave party and we organized some of our greatest parties in his club, the blue hole. (and i also was involved in president’s palace movie lights from the side, one of the first hungarian vj crews where his son was also involved) – that’s a rabbithole of neon patterns, techno sweat and nag champa. 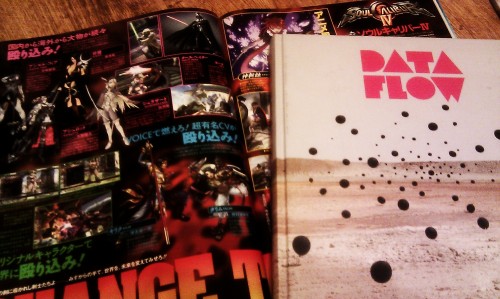 the attack of the black dots from the desert of the real and a spread from newtype with anime characters with tits and guns. you know, just in case. 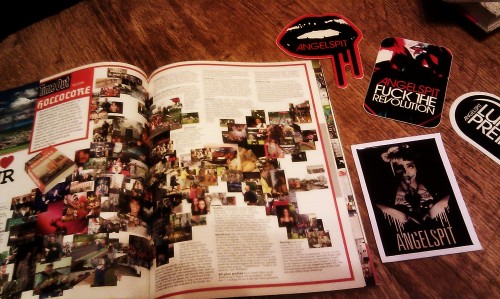 i get the best kicks out of content, the album/essay/concept book of dutch urbanist/architect rem koolhaas, that book is a monster! half-surrounded by the angelspit stickers sent to us by miss destroyx to facilitate the creation of our new angelspit-themed bike, the spitcycle! 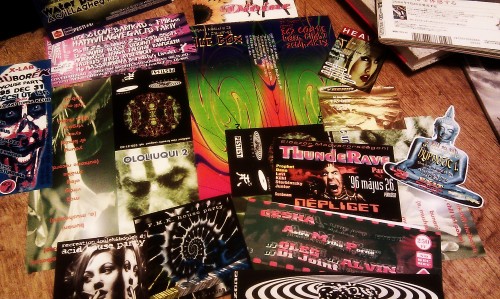 techno flyers from the 90s. i still have those. quite amazing to see the very different aesthetics. 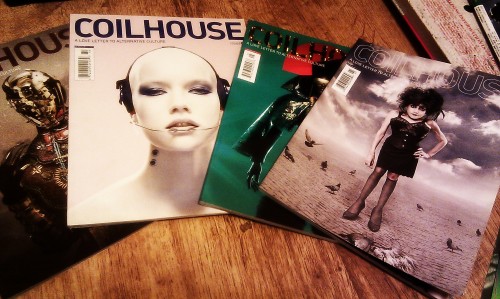 need i say more? the coilhouse mag has always been something of a proof of the altcult movement being able to produce this quality products. so much that it even turned reneszánsz, a hungarian high-class magazine spread on a need-to-know basis i worked for upside down and it got half steampunk for its last issue. 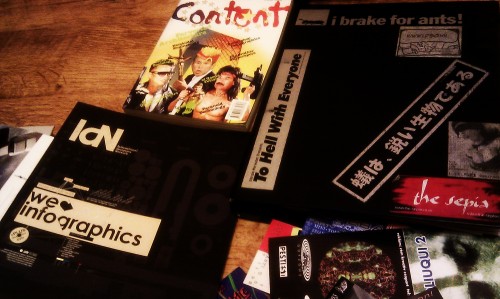 idn is by far the most powerful magazine visually that i ever laid by eyes and hands on and if content is a monster, this is lsd. you know all the other details and if you’ve known me for a long time, you know the binder and have a story for all its stickers on it. the japanese looking ones, they’re from ant-zen.

so that’s a great part of the physical creative surroundings. hit me with all the weird, funky, strange, fucked up, glitchy, violent, sexy, brain-grinding links and pills, i need them now more than ever. the damage report has progressed quite well since you last read about it.