Weekend in the PDHQ, growing quite fond of anything that helps with dropping down the 40 centigrades to anything less than 40. I’m posting this with all my organs from waist down in the fridge. I’ve had worse. Source comes from Dawe_ (and yes, that’s a Dezeen post) whose love for naga jolokia is only surpassed by his love for weird cars, especially something like this – one that’s grown and it produces its own fuel from algae. And with a virus (or a bad system update) it could basically assimilate you for a tire and a better windshield. Come to think about, I know people whose only use in life could be a transfiguration into a better windshield. While you’re thinking whether you’re that kind of person or not (if you’re reading this, you’re probably not and I’m not diplomatically nice about that either), grab a coffee and expect the PD comeback soonish! (via dezeen) 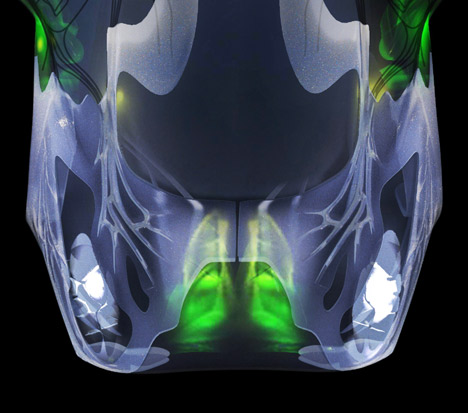