Tron: Uprising revolves around the character of Beck voiced by Elijah Wood, who’s a young program that begins his own revolution against Clu 2.0 played by Fred Tatasciore from the TRON: Evolution video game, and the military head, General Tesler voiced by acting legend Lance Henriksen. Helping out Beck is a female program Mara, voiced by Tangled’s Mandy Moore and Bruce Boxleitner returns to play the warrior Tron.

The sounds of Daft Punk from the show’s theme of which Disney is releasing a remix album of the Legacy score entitled Tron: Legacy R3CONFIGUR3D due out April 5th with M83, Photek, Moby, Com Truise, all putting their spin on Daft Punk’s memorable score.

TRON: Uprising will air as a 10-part micro-series later this year on Disney XD, then the regular series will kick off in the summer of 2012. 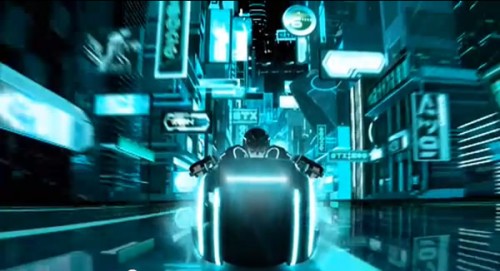