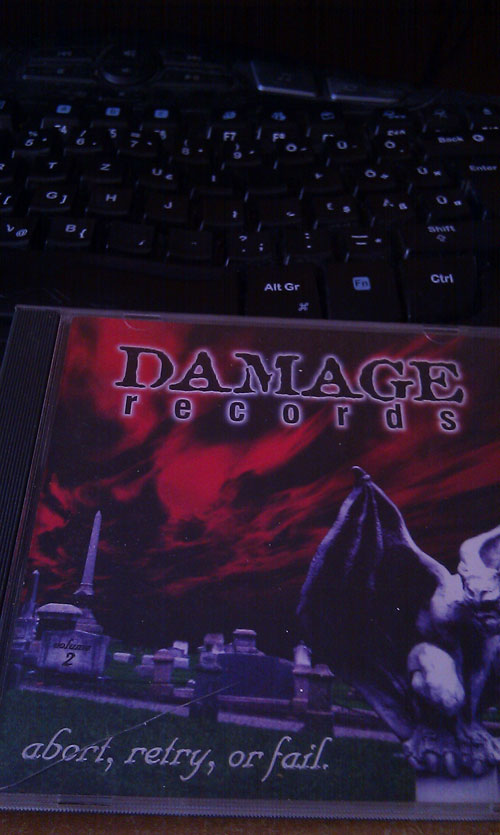 Look what the cat dragged in some fourteen years ago. This is one of the oldschool ParaRadio promos I received for the show (and I just started my university major, that was some long time ago, I’m afraid) that grew to be the beginning of a six-year long career in streaming and broadcast radio. Found this while looking through my CDs, something I don’t do very often, but I found some treasures (will have a post later on about those), including this, smeared with a long egotistic streak of a grin. Unfortunately, Damage Records didn’t really survive. Now would be the time for a retry. Just saying.