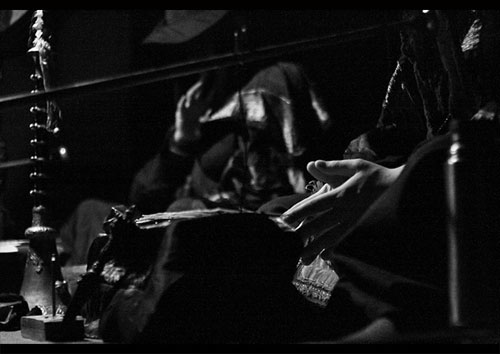 This message comes to you on 2011-01-01, 11-11. This is not automatic. The very first post this year on P://D calls for the melding of ancient, towering traditions of black and the crackling, electronic Eris hysteria of 2011. Presenting you one of the most amazing and powerful musical formations we’ve come to know last year: PHURPA, a Tibetan ritual music project digging into the pre-Buddhist Bon tradition, Tantric Buddhism, and the fusion of these that we know as Tibetan Buddhism. It comes with frequencies rumbling, rebuilding your brain on the fly. We know, it happened to us. It is happening even now as I’m writing this.


Background info on Phurpa is scarce, details obscure, floating in Russian infospace. Spoon it out for yourselves from the links below – you will have to hunt Bon mantras on long-forgotten forums, Tibetan Tantric rituals on Scribd and dig deep into certain Dzogchen techniques that – after long resource – do not differ much from how Christian mystics handled meditation, melding with life and the concept of neither-this-nor-that that you will know as neti-neti. But I digress. And you will also find that useful material on overtone chanting on the Net isn’t really abundant, either. Do note that what you hear in the materials of Phurpa (many of them freely available from their site) belong with the rgyud skad school of overtone chanting, providing listeners (and singers) with the lowest available voices producable by the human throat.

A piece of advice: listen to this on the highest volume possible. The effect will not be immediate but the extra layers of sound that open up and the soundscapes they evoke will be undeniable and strange. To many of you. They also clear the mind, switching off nodes in it one by one. But I prefer you having your own researches into the ways of Bon and Tibetan Buddhism. This is a present from me to you on the Day When It Begins. This message is not automatic.

The original 2003 lineup of the project that emerged as a result was dubbed Phurpa (one of the five tutelary deities of the Father Tantra in Bon tradition), and all the members have carried on with their research in the field of Bon and Buddhist liturgies up to the present day. The ritual Tibetan instruments as used by the ensemble include the following: dunchen, gyaling, silnyen, bub, damaru, kanling, nga, shang; The ensemble adheres to the rgyud-skad tradition of Tantric overtone chanting.

This voyage began in the middle of the 1990′s in Moscow, when a group of artists and musicians led by Alexei Tegin and based at the legendary Fabrique of Cardinal Art commenced their studies of traditional ritual music, drifting away from the field of contemporary electroacoustic and industrial music with the intent to delve deeper into the ancient musical cultures of the ancient Egypt, Iran and Tibet. The original 2003 lineup of the project that emerged as a result was dubbed Phurpa (one of the five tutelary deities of the Father Tantra in Bon tradition), and all the members have carried on with their research in the field of Bon and Buddhist liturgies up to the present day.

Before Buddhism reached Tibet, local people had practiced involved shamanic rites derived from various ancestral cults. Later on, circa the VI-IX century AD, a conflict between the local tradition, namely, the pre-Buddhist religion of Bon (which originates from Central Asia) and Tantric Buddhism (hailing from the North of India) gave birth to a unique cultural phenomenon known as Tibetan Buddhism, which combines an extensive metaphysical corpus and an advanced philosophical system with pristine ceremonial practices that reach down through many centuries.

The Fundamental Mantra of Bon 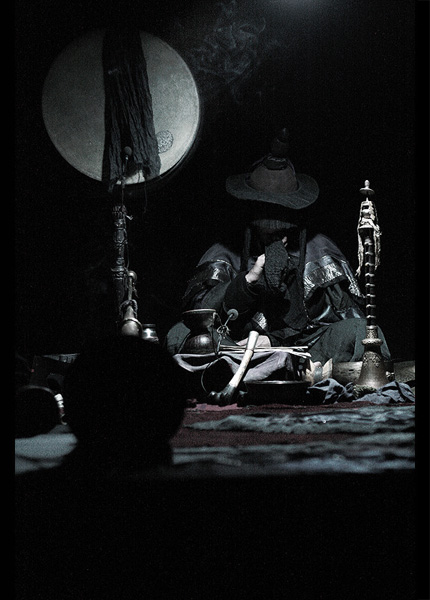