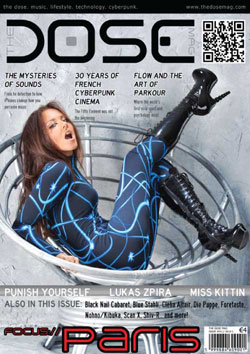 Come and grab our alternative tour guide to Paris! If you need the most recent points of interest to the French capital, some 150+ bands that are more than the tip of the Parisian and French underground music iceberg or interviews with musicians such as Punish Yourself or Miss Kittin, you need our Paris issue. If you’re interested in brain hacking, interrogation techniques, the psychology of parkour, graceful works of steampunk art, the underground electro music scene in China, you need our Paris issue. 80 pages of hi-rez undergroundery, something we called cyberpunk we were kids but now we just call it awesome, loud music and great pop culture. So PayPal it off our site before we weep weeps of… woe. But more like because we made it with talent, love and ROCK. What’s inside? Click on more and have a look!

Click here and download the Paris issue of The Dose!
(we support Paypal, we are devilishly cheap and we
also spread ROCK like you wouldn’t believe.
4EUR buy lets you download 72,150 and 300DPI versions.) 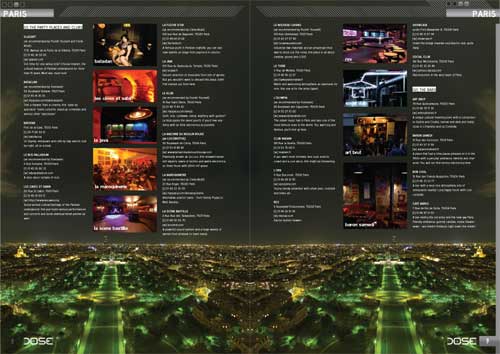 We compiled a list of a hundredish points of interest that could serve you well while being in Paris. Alternative and underground venues, clubs and bars, lots of pubs, stores for clothes, books and CDs/DVDs and also museums of AWESOME WEIRDNESS, because it’s sort of elementary to spend time in the Louvre but it’s more fun to get lost in vampire and taxidermy museums of DOOM! (And don’t forget the Museum of Video Games while you’re at it!) 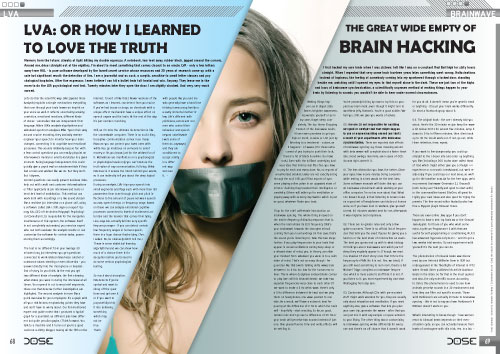 Black is sexy but brain hacking and tuning into Radio Free Europe with your eyelashes is sexier! Tips on how to hack your brain with soundwaves and also a hands-on report on Israeli lie detection technology. 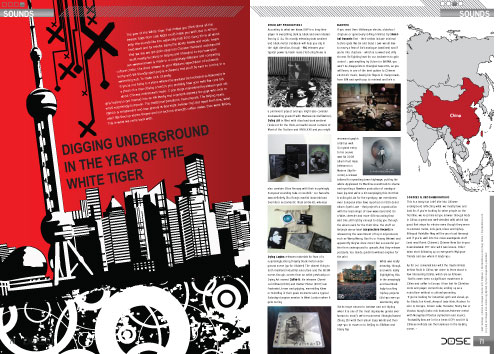 Present-day underground Chinese culture is barely hackable, but we’ve gone to some lengths to give you intel on how deeply Shanghai and Beijing are immersed in dark ambient, amazing techno and weird fusion. 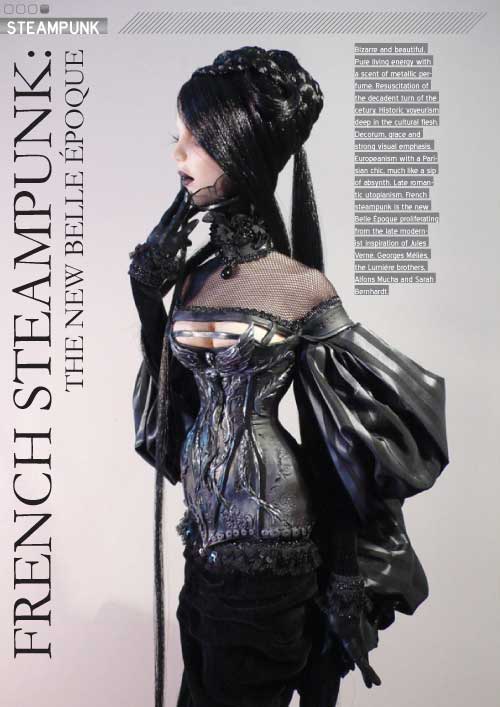 Even if you had a childhood where Jules Verne was an absent commodity, trust us when we say, French steampunk came way earlier than The Difference Engine: from comics to movies and the amazing art of Virginie Ropars! 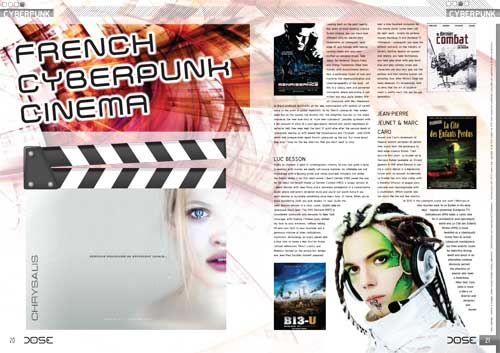 Cyberpunk cinema has a lot to thank to Luc Besson, Jean-Pierre Jeunet, Marc Caro and Enki Bilal – this is our tribute to them and to other amazing directors and actors who put their awesome energies of rock into your retinas. 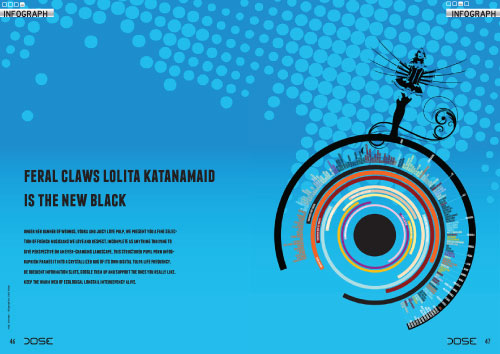 There’s another compilation in the mag – this time it’s not venues but bands and music projects worth checking out, going to their gigs and buying their merch. Don’t be surprised – we recommend music from other parts of France as well, all bundled up in early morning blue and lolita katanamaids. 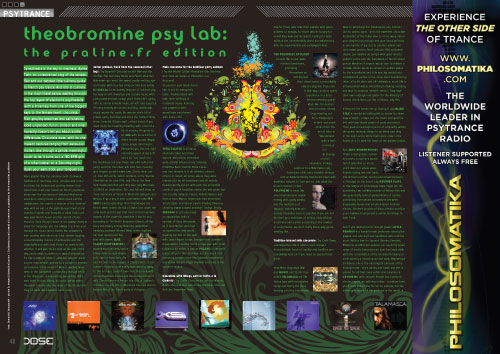 Where does psytrance and chocolate meet? Apart from carnally obvious answers, it’s straight in this article, the Theobromine Psy Lab, where we transform a chocolate store into a psytrance recommendation engine. 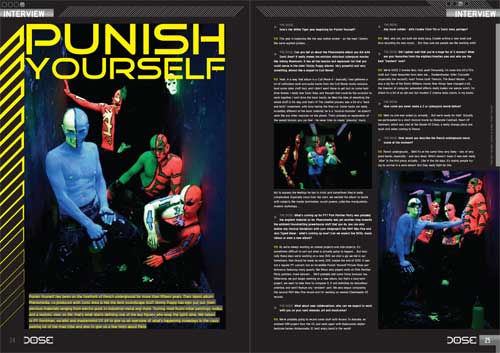 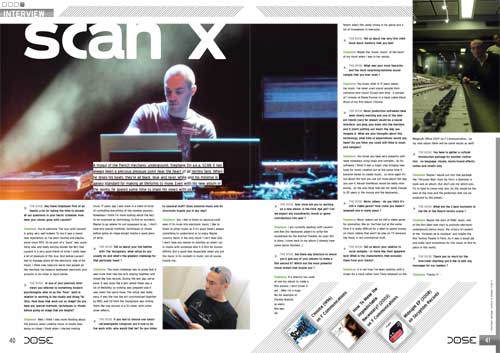 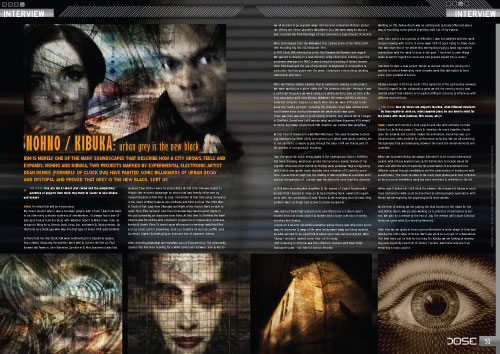 Interviews, interviews and more interviews! Our lead interview introduces this French cyber-rock-punk band of VODKA, RIOT and NEON SEX, Punish Yourself but we’ve also talked to one of the greatest and in our humble opinion, one of the best French techno artists/producers, Scan X. And Nohno? Oh yes. Watermarked by Dean Dennis, a previous member of cyber-techno-space-pop god formation Clock DVA, Nohno (and its counterpart, Kibuka) is one amazing electronic soundscape you don’t want to miss this year.

So if you’re all hooked up and think it ROCKS – spread this blogpost and go visit thedosemag.com where you can buy this issue for 4 euros. It is officially blessed by ROCK and also touched by the blog of Warren Ellis.