Secret Cinema is a club with 60,000 members and more than 30,000 Facebook followers. Each month, a film is screened in an undisclosed location, transporting people into what some suggest is a ‘surreal reality’. The founder of Secret Cinema Fabien Riggall says he feels it is important that the audience becomes part of the event. (via bbc.co.uk) 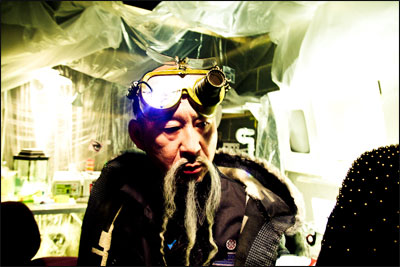 It’s like an elaborate cosplay event, a midnight screening of Rocky Horror and a candle-lit Cinespia cemetery screening picnic got thrown into a blender together with tens of thousands in sponsorship funding from Windows Phone (?!), and the incredible clip above was the result. (via coilhouse via m1k3y, image above comes from the event’s Flickr set shot by mike mike mike)