Hello, new readers and residents. I am Damage, gonzo journalist, catalyst and an explorer of weird and futurologistic. I infect young and hungry brains over at International Business School with weekly lectures about in theory, online marketing and cultural trends, and in practice, how to rock out on Foursquare, why does Stelarc and half the BMEZine locals represent a new target group with their concept of “body as canvas” and why H+, Wired and ReadWriteWeb is something you can’t live without. (If some of you young and hungry brains are reading this, nice to see you around.) I also co-edit Mondo, a pop culture magazine about Japan with a monthly 12 page feature about things no sane teenager would ever touch and I’m also running point on The Dose which is something very similar to what Lonely Planet would do if their target group was the Camden Market posse, deep in the underground. Our latest issue was released about Paris and while we’re at it, the market imperative says you should buy our issues like fuck, because every euro you spend on us exponentially elevates the chance of us getting a BCI and doing all sorts of experiments you only see in science fiction movies or in the best-of compilations of Darwin Awards. Only we’d survive to tell about it. 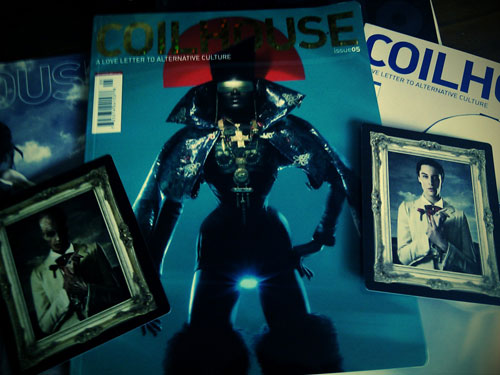 I’m also in the middle of an experiment that looked like a great idea when and where I announced I was doing it, namely that I can master elementary Dutch in 30 days using ONLY YouTube and nothing else, not even a single Wiki page listing all the irregular verbs or anything. It all promises to be very, very much like my German that I gathered during arduous years of Blümchen, toothpaste ads on Pro7 and obviously, porn. My Chinese is even worse off, limited to spacefarer cursing from Firefly. But it really doesn’t stop the wicked from trying and if the Qlimax live videos don’t motivate us well enough, what would?

The book that I’m writing is still in progress, although there are more of you now who urge me to publish whatever I have tommygunned into a stray crypto RTF scattered throughout multiple brains throughout the globe. Nothing better than geographically separated quantum bio storage. I now go gloriously under flechette to get the Qi going and you, you read this blog, because it has a message to tell you all. (And as for something completely unrelated, Coilhouse issue 05 is in the house!)