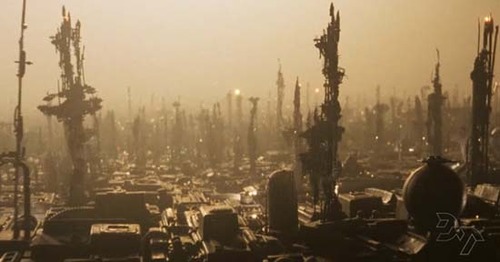 The urge of the universe cannot be avoided now, three PD readers sent this over during the past few days (Ripla, Razzor and Sinred, REPLICANT ROCK to all of them!). The Hades Landscape, or How The Very Phenomenal Urban Vista of Blade Runner was actually made. Amazing stuff, unfortunately no YouTube embed as of yet, you can check out the six-min video over here at Douglas Trumbull’s. Though while we’re at it, here’s a whole Blade Runner documentary called Dangerous Days – three and a half hour long, culled from 80 interviews and rare footage – it has bits and pieces out in the public, so go for it – here’s one outtake for you, a section from To Hades and Back: Release and Resurrection.

And to pay proper respect to Vangelis for one of the most perfect soundtracks ever created for the future – here’s a fan-made music video with the main titles and end credits.