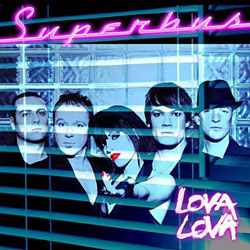 SUPERBUS – Lova Lova (Universal, 2009)
I wouldn’t have thought I’d cover any band in this issue on a major label but hey, talent’s always talent. To do this long: the french five-piece SUPERBUS revives the 80’s glamour pop with the lovely vocalist Jennifer Ayache. They’re cheerfully pop and so much in-your-ear they’ve won quite a few prices, amongst them the MTV EMA 2005 best French act. To cut this awfully short: they’re the French Birthday Massacre. Their latest album Lova Lova brings joyous gloom, kinky bedroom Goth, a light purple touch on everything with skillful songwriting so much I’m thinking of re-learning French. And with the neon framework video for Addictions, they’ve won me a hundred times over. (Check Apprends-Moi and denying it has a lot to do with Chibi & Co.’s work will be quite hard.) It is sin, yes. Cheesy but fulfilling.
(8/10)
Key tracks: Nelly, Keyhole, Addictions
(via www.thedosemag.com: buy our mag on on our site or at fixtstore.com)

I first wanted to write something like Superbus is the New Birthday Massacre, but first of all, that would be pure blasphemy, secondly, Chibi and co are releasing their new album, Pins and Needles real soon (so much that they’re posting short clips to social sites when they see one). And the title track Pins and Needles is just like being in love. And their tracks often make me say things like that. (Just saying, teenager boys and girls. But Superbus, that’s something entirely different, a very French take on the eighties, as you can read in the review above, cheeky and a bubblegum power pop candy that has very fine garotte razors inside. It’s mostly the latest album Lova Lova that’ll send the purple riot grrl inside you shred with lollipop guitar joy. There, I said it. 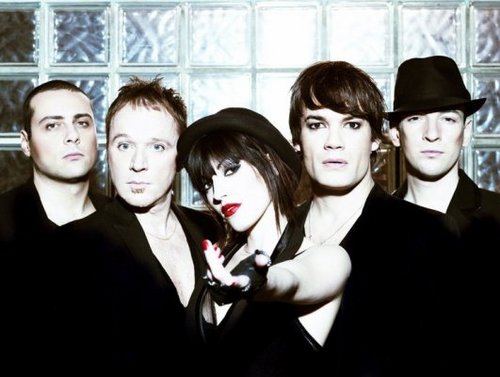