Hello. I am Damage, gonzo journalist, catalyst and an explorer of weird and futurologistic. I also know how to time travel. Yesterday a Chomolungma sized bouncer asked me to ID myself or get shot in the face on the premises (of a 2000+ indietronic party but hey, this is Eastern Europe, anything can happen here) – which irrevocably means I look half my age. (I do.) And as in certain districts of filthy and fuckery-filled Budapest I am still better known as Too Much Coffee Man, caffeine, as it turns out, only makes me look younger. And I visit Skins parties because teenagers doze off pathetically after three beers and I can steal complete endocrine systems using only a pen, a lighter and a depleted phone battery. And nobody will ever notice. 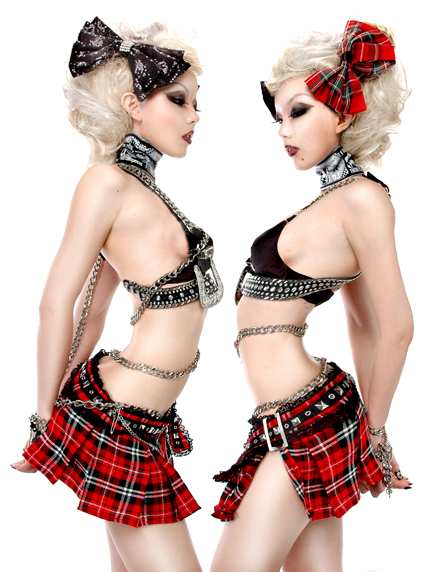 This blog you found is infinitely funnier when I take a godly effort to write anything here and not just repost stuff about off-world and off-beat technology, underground music, heatwaves of any kind and tits. You receive this message because all my godly (and often ungodly) effort goes into finishing the new issue of The Dose, an underground magazine about great music, nice-to-collect info and cyberpunk. Which we denounced a long time ago but sum it up in one word and you get back to neon lights and Asian girls with a server room equivalent of a decent vibrator. I have a team behind me to finish up this magazine. We now all scream blood and listen to Dutch hardstyle in order to be able to wrap everything up. Which is hard. It is 40 centigrades in the shades here. All the parapluies made out of endocrine systems cannot save us. Mental note: no need to buy kitchen grills. Fling the shit outside on the asphalt, snap, instant steak. So we are busy.

I am also working on a book, on the lookout to sell rights to two animated series, doing groundwork for stuff you’ll see later on this year (better to work on it than talk about it) and taking extreme steps to expand the mind of Too Much Coffee Man because this one isn’t big enough anymore.
So hello, readers. This is the mind of a gonzo journalist who stopped aging. We will be back with you on the interwebs shortly.