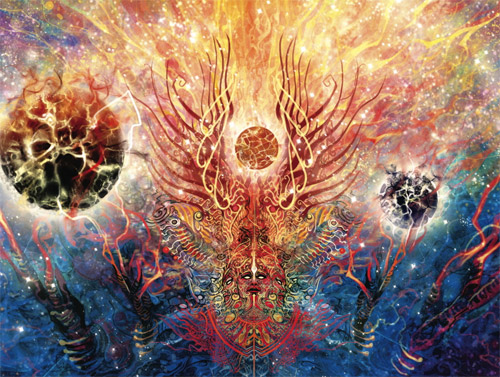 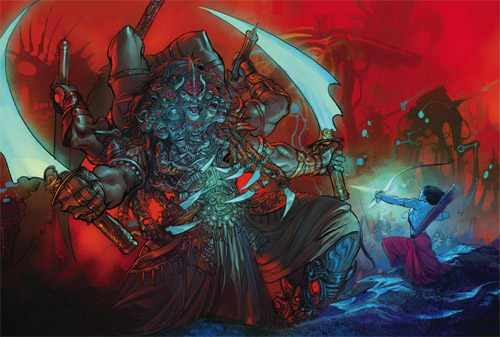 Morrison: For the 18 Days version, we took the Mahabharata’s descriptions of vimanas and astras very literally as accounts of ancient advanced technology and created a vision of the battle at Kurukshetra which combines traditional images of the Mahabharata with a kind of Vedic sci-fi approach which adds a new freshness and modernity to the story. This version is less about trying to create a historically-accurate representation of conflict in ancient India and more about emphasising a timeless, universal and mythic vision that has as much to say about the world we live in today as it does about the past. (read the interview with grant morrison and check out singh’s artwork at newsarama.com)