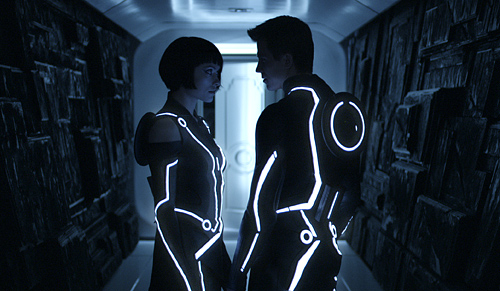 Disney’s first cyberpunk franchise TRON is making an everything-but-fast comeback: the movie itself is set to debut this December – the second trailer (or more like, the first trailer that’s not called TR2N but Tron:Legacy) debuts next Friday with the US release of Alice in Wonderland, sez Wired. According to Kotaku, parts of the 2-minutes trailer are in IMAX 3D, Daft Punk is heavily involved with the production of the film and they might even appear in cameo roles and we’ll also see Recognizers and “two Matrix-looking potential bad guys, one fierce looking female and one Space Oddity era David Bowie lookalike playing a little digital air guitar“. Check the concept teaser every now and then until the 5th of March.