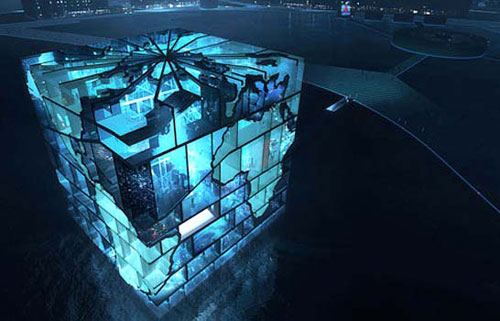 The 2010 Shanghai World Expo hasn’t even begun yet but we’re already starting to see designs roll in for the 2012 World Expo in Yeosu, Korea! MVRDV just released plans for their own mesmerizing Water Cube pavilion, an H2O-filled structure designed to express the power and beauty of the oceans. The Water Cube’s structure is composed of water filled basins, which act as both a temperature buffer as well as the main attraction. (via inhabitat via honeymooncroon)