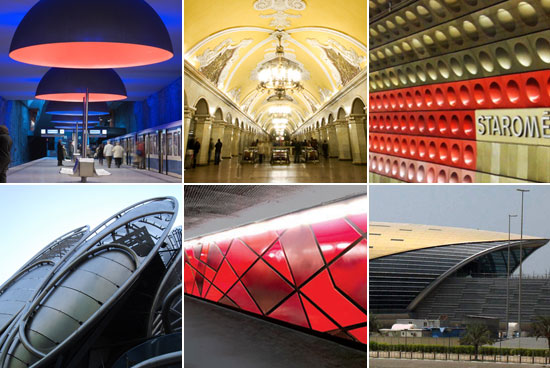 london’s underground became the first subway system in the world when it began operation in 1863. since then, underground subways have been built in almost every major city of the world. from new york and paris to hong kong and dubai, subways are an essential part of public transportation in cities. within these systems, architecture plays a big role in defining the environment of the subway. here is a collection of some of the most architecturally interesting subway stations. (via designboom)